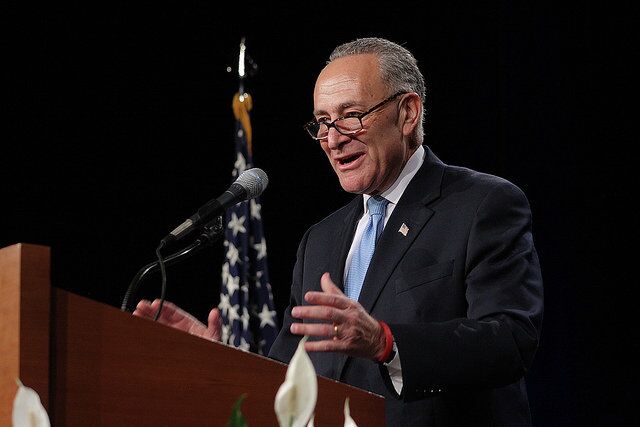 Direct payments, state and local government aid and pandemic jobless-benefit boosts are incorporated in President Joe Biden’s fiscal stimulus package, worth $1.92 trillion, that was approved by the House Budget Committee on Monday.

While privately voicing confidence that the bill can pass the Senate unimpeded, Chuck Schumer, D-N.Y., is hoping to avoid any last-minute changes, sources familiar with the talks are cited as revealing by Axios.

"Schumer [has] been privately meeting with members to get their input on the legislation to make sure it was included in the drafting," a source was quoted as saying.

As the Senate Majority Leader met with a group of moderate Democratic Senators on Thursday, the latter reportedly made a case for some changes to the bill that presupposed redistributing funding, with increased financing for broadband and rural hospitals, as well as extending unemployment benefits beyond August.

“They have some ideas and we are going to check them out,” Schumer was quoted by Axios as saying.

On the question of whether the Democrats argued a need to lower the overall price tag of the relief package, Schumer refused to give any details.

Earlier, President Biden signalled that he would like for the COVID-19 relief plan to be passed with bipartisan support, but acknowledged on 5 February that he would do so without Republican support if needed.

The GOP is “just not willing to go as far as I think we have to go," Biden had said.

Schumer has taken pains to ensure he can wield the required 50 votes to bulldoze the bill through, with the parliamentary ruling Thursday improved his chances.

© REUTERS / Ken Cedeno
A view of the U.S. Capitol Building as the Democrats and Republicans continue moving forward on the agreement on the coronavirus disease (COVID-19) aid package in Washington, D.C., U.S. December 21, 2020

News that the Senate parliamentarian ruled on Thursday that the provision to increase the minimum wage to $15/hour cannot be included in the broader $1.9 trillion COVID relief package may make it easier to pass the bill, according to the outlet.

Previously, Sens. Joe Manchin (D-W.Va.) and Kyrsten Sinema (D-Ariz.) had voiced opposition to including the wage hike in the package – something that might have cost the Democrats votes in the Senate.

Sources added that Schumer hopes the bill will sustain few changes in its final version.

Back in January, a group of 10 moderate Republican senators put forward a counter-proposal, suggesting the relief package be pared down to approximately $600 billion, an alternative they believed could be approved "quickly by Congress with bipartisan support".

However, it was summarily rejected by the White House, which has been openly optimistic about enlisting a measure of Republican support for its fiscal stimulus package. Privately, it was gearing up to pass the package, basing its strategy on the Democratic Senate caucus being fully in lockstep.

On 22 February the House Budget Committee approved, in a 19-16 vote, the $1.92 trillion bill to carry out President Joe Biden’s coronavirus relief plan.

#BREAKING | The US House of Representatives Budget Committee has approved legislation for the $1.9 trillion #COVID19 relief package.

Republicans in both the House and the Senate have criticized the bill as too large.

Among some of the biggest provisions are direct payments to households, similar to previous rounds of $1,200 and $600, now increased to $1,400.

The legislation extends a federal bonus to unemployment benefits through August, elevating the amount to $400 per week. It is also tasked to provide more aid to small businesses, and allocate $75 billion for COVID-19 vaccinations and treatments.

Critics warns the legislation risks a spike in inflation that could further swell the nation’s $28 trillion debt.