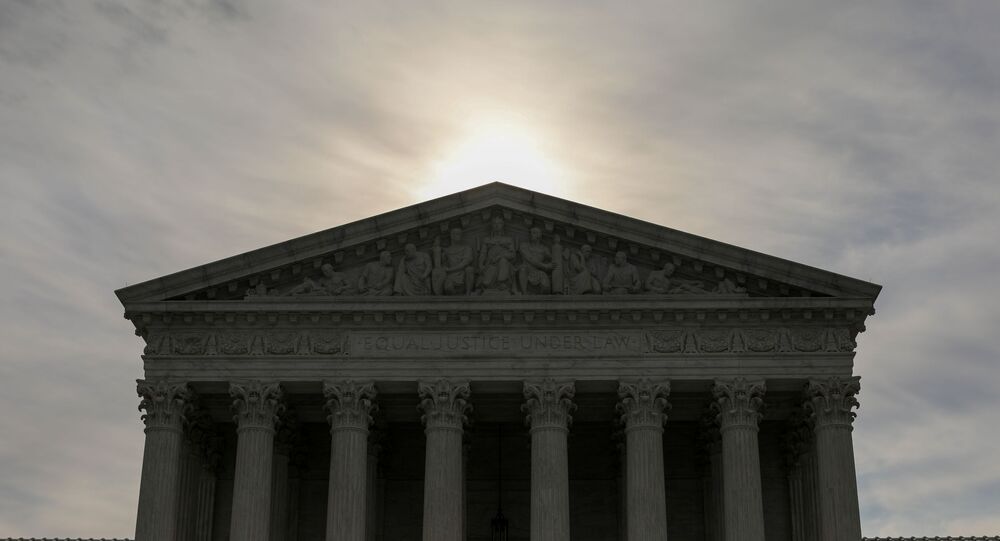 The US Supreme Court's refusal to consider the changes to Pennsylvania election rules is "inexplicable", argued Justice Clarence Thomas earlier this week. Why does the court remain mute on the sensitive constitutional issues?

On 22 February, the US Supreme Court refused to take up cases questioning the constitutionality of a Pennsylvania state court's decision to extend the ballot-receipt deadline in the 2020 November election by three days, contravening a decision made by the state legislature.

Nevertheless, Justice Clarence Thomas dissented insisting that these cases provided the court "with an ideal opportunity to address just what authority non-legislative officials have to set election rules, and to do so well before the next election cycle".

"It's unclear why the Supreme Court refused to address the serious legal questions concerning the actions of the Pennsylvania Supreme Court," says Techno Fog, an alias for a US lawyer and blogger. "I suspect a couple reasons. First, they consider the issue to be moot with Biden being elected. Second, they don't want to touch anything having to do with the 2020 election."

By 6-3 vote (over dissents from Justices Thomas, Alito, and Gorsuch), #SCOTUS *denies* certiorari in the Pennsylvania case in which Republicans had challenged the Pennsylvania Supreme Court's three-day extension of the deadline to receive mail-in ballots:https://t.co/Z5zMEs8UVm

​It is not the first time that the US Supreme Court has evaded intervening into the 2020 election controversy. In October 2020, the court initially deadlocked 4-4 on whether to look into Pennsylvania's last-minute three-day vote extension, but later declined to hear the dispute. Contrary to US conservatives' expectations, newly sworn-in Justice Amy Coney Barrett chose not to take part in the final vote.

The Roberts Supreme Court has failed the American people and walked away from its responsibility to hear one of the most important cases of our time. This week, they DECLINED to hear the Republican Party of Pennsylvania's case about 2020 election irregularities. (Thread)

​In December 2020, US Supreme Court justices rejected a bid by Rep. Mike Kelly (R-Pa.) to decertify Joe Biden’s victory in the state of Pennsylvania. The same month, the court refused to take up Texas' lawsuit, backed by a coalition of 17 state attorney generals against four battleground states: Pennsylvania, Georgia, Michigan, and Wisconsin. The lawsuit raised the alarm over last-minute election rule changes in the aforementioned swing states which were made through the courts or executive orders, but not through the legislatures, as mandated.

Techno Fog, who has extensively covered Special Counsel Robert Mueller's probe and General Mike Flynn's case over several years on Twitter, suggests in his blog that the US Supreme Court, in general, and Chief Justice John Roberts have found themselves in a no-won situation.

If they rule that the Pennsylvania Supreme Court indeed violated the Constitution and federal law by de facto usurping the state legislature’s authority, it would not change the outcome of the 2020 race but "it would certainly cast more doubt onto the 2020 election", according to the lawyer.

"For the majority on the Roberts Court, this case is too contentious and the 2020 election is too dangerous to touch," Techno Fog wrote, referring to the controversy surrounding the November elections which eventually led to the Capitol protests of 6 January 2021.

On the other hand, however, "by failing to act, the Supreme Court has risked the results of future elections and has guaranteed more judicial meddling in Constitutional powers solely vested to state legislatures", underscored the lawyer.

While the Pennsylvania Supreme Court's "decision to rewrite the rules seems to have affected too few ballots to change the outcome of any federal election", this "may not be the case in the future", Justice Thomas warns in his dissent.

Justice Thomas gets it right on the SCOTUS refusal to hear the PA election case.

If state officials exceeded their authority in making changes to the election laws (and they did):

"We need to put an end to this practice now before the consequences become catastrophic." pic.twitter.com/dRzUk6A9uL

​According to him, unclear rules "threaten to undermine" the US electoral system by sowing "confusion and ultimately dampening confidence in the integrity and fairness of elections".

SCOTUS denies cert for Pennsylvania election lawsuit, and Justice Clarence Thomas shows yet again why he is one of the greatest Supreme Court Justices ever pic.twitter.com/Rxc8zK4e8m

​"We are fortunate that many of the cases we have seen alleged only improper rule changes, not fraud," the justice highlighted. "But that observation provides only small comfort. An election free from strong evidence of systemic fraud is not alone sufficient for election confidence. Also important is the assurance that fraud will not go undetected."

Commenting on Thomas' opinion, Politico suggested that the justice - the second African American to serve on the Court and the longest-serving member of the board - "seemed to allude to Trump’s fraud claims, suggesting that concerns about such abuses are legitimate".

The media outlet pointed out that the US Supreme Court still has at least one more chance to take up a case related to the 2020 election: there is a Trump request pending about the election rule changes ordered by the Wisconsin Election Commission. The justices are due to discuss the case at a closed-door conference on 5 March 2021.

Meanwhile, the question about the 2020 election integrity and alleged voter fraud remains open: 43% of American men and 29% of American women still believe there was widespread voter fraud in the 2020 election, according to the 4 February Quinnipiac poll. At the same time, 76% of self-identified GOP voters and even 4% Democrats believe that widespread fraud indeed took place, the pollster found out.