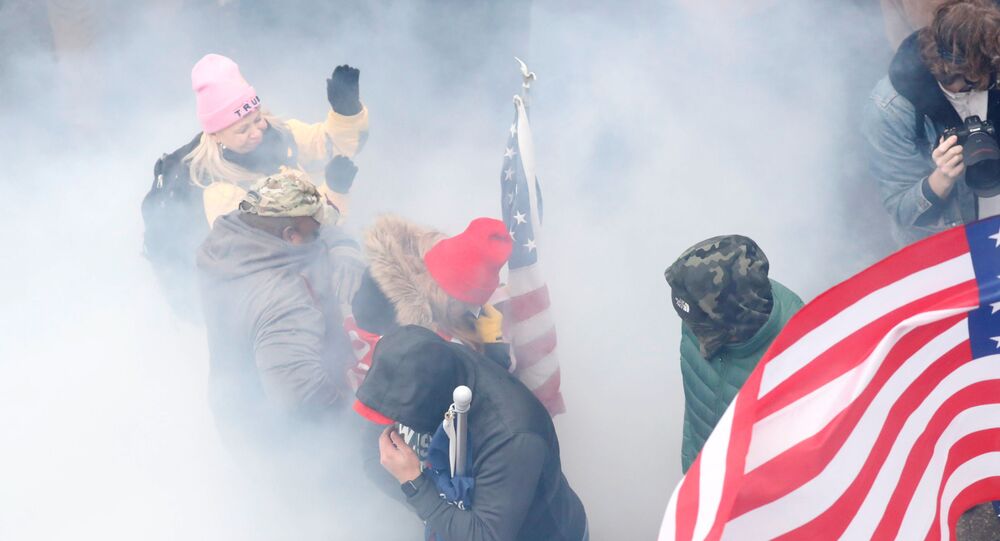 Acting US Capitol Police Chief Yogananda Pittman appeared for her first public hearing on Capitol Hill this week to shed light on the security failures that allowed Trump loyalists to break past barriers and ransack the grounds of the federal building. The discussions were held before a House panel overseeing the agency’s funding.

Pittman, who was not the head of the agency during the deadly Capitol riot, told lawmakers on Thursday that the Capitol Police was reviewing intelligence that suggests militia groups are intent on carrying out another violent act against the building.

The acting chief specifically noted that threats were coming from groups who were present for the January 6 riot, and that they were seeking to “blow up the Capitol” when US President Joe Biden addresses a joint session of Congress.

"We know that members of the militia groups that were present on January 6th have stated their desires that they want to blow up the Capitol and kill as many members as possible with a direct nexus to the State of the Union, which we know that date has not been identified," Pittman told lawmakers. "So based on that information, we think that it's prudent that Capitol Police maintain its enhanced and robust security posture until we address those vulnerabilities going forward."

The police chief further emphasized that individuals who stormed the Capitol “weren’t only interested in attacking members of Congress and officers,” but also “wanted to send a symbolic message to the nation as to who was in charge of that legislative process.”

Pittmans’ comments were made before a House Appropriations subcommittee hearing after she was asked about the need for continued security measures at the Capitol building, as well as fencing near the grounds and the ongoing deployment of the National Guard.

Initial reports indicated that National Guard troops were to may remain in Washington, DC for the duration of the second impeachment trial of former US President Donald Trump; however, recent reports suggest that forces may stay in the area through fall.

Pittman did not expand on a timetable for removing the reinforced fencing or when National Guard troops would be ordered back to their home states. She noted that the agency has “no intention of keeping [troops] … any longer than what is actually needed.”

Although a date for Biden’s address to a joint session of Congress has not yet been determined, it is expected to be held sometime after the congressional chambers pass his administration’s COVID-19 relief package.