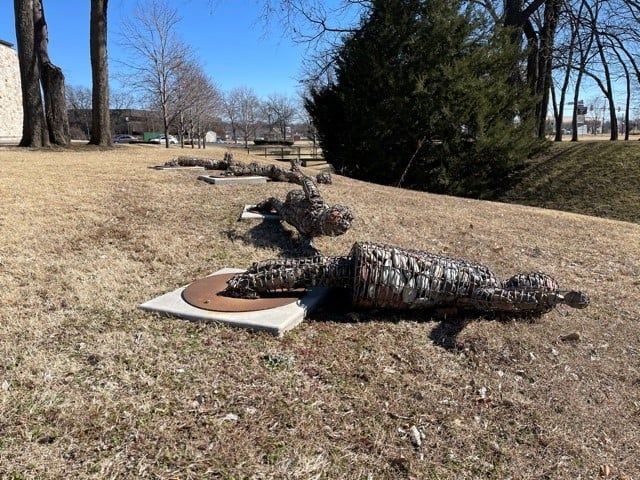 The Tulsa Police Department began searching for the alleged vandals Wednesday, after surveillance video from The Sherwin Miller Museum of Jewish Art showed them "bending the metal [Holocaust memorial] statues and knocking them down while also attempting to steal them unsuccessfully."