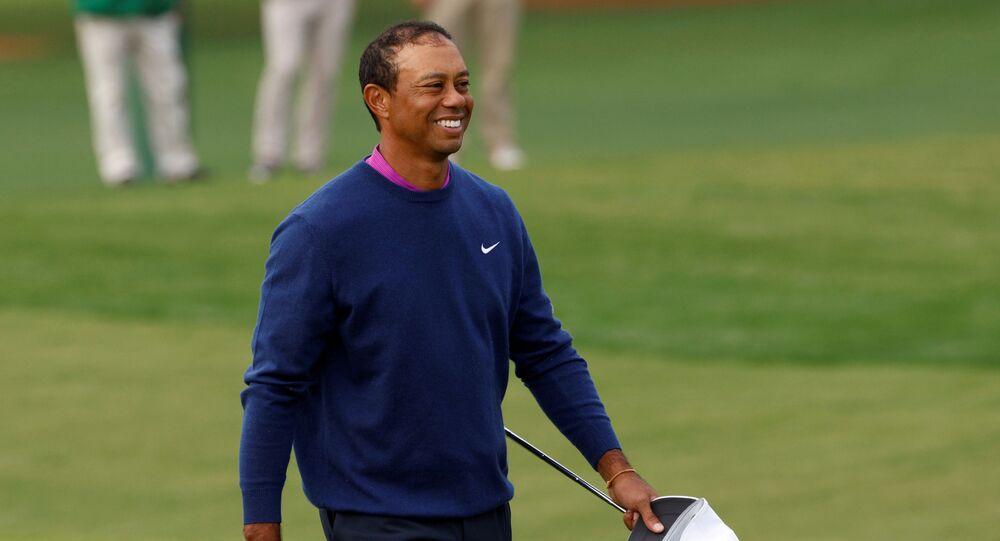 American golfing legend Tiger Woods was driving his SUV car on Tuesday morning in Rolling Hills Estates, California when he crashed into a tree and rolled over into the side of the road. The 45-year-old athlete has suffered serious injuries to both legs, including multiple fractures to his right limb.

There was “simply no reason” to take samples of Tiger Woods’ blood to test it for alcohol or drug use after his “high-speed” car accident on Tuesday, reporters from online newspaper TMZ have been told.

Los Angeles County Sheriff's deputy Carlos Gonzalez who responded to the emergency said that there was no evidence of impairment when he found the conscious but potentially shocked golfer stuck in his car on Tuesday morning.

“He was alive, he was conscious… He was not able to get up. That was not an option. There was no evidence of impairment. There was no effort to draw blood or anything like that,” Los Angeles County Sheriff Alejandro Villanueva told the press the next day when asked by journalists whether the golf star have been driving under the influence at the time of the accident.

No drug recognition experts were called to the scene of the crash or to the hospital to test Woods' blood for illegal substances.

In the US, a police warrant is usually needed to draw someone’s blood if they are suspected of driving under the influence, but there were no reasons for that in Woods’ case, according to police sources who told TMZ that no drugs or alcohol were found inside the athlete’s wrecked SUV.

“He was lucid, no odour of alcohol, no evidence of any medication, narcotics or anything like that," Villanueva said via a Q&A on Facebook on Wednesday.

Sheriff Villanueva has announced that no charges will be pursued against Woods as the car crash was deemed “an accident” and “not a crime”. An investigation into the cause of the crash is continuing as officers are expected to pull data from the car’s black box event recorder.

© REUTERS / MARIO ANZUONI
An LA County Sheriff's Department car is seen on a road in the vicinity of a scene where Tiger Woods was involved in a car crash, near Los Angeles, California, U.S., February 23, 2021

Woods himself “had no recollection of the crash itself” when asked in hospital, and he offered no explanation for what happened when found at the scene, Villanueva told CNN’s reporter on Wednesday.

But the crash happened at a spot which is notorious “for traffic collisions and speed”, the Sheriff’s deputy Gonzalez said. Sheriff Villanueva later added that Woods’ car was “going at a relatively greater speed than normal” at the time of the accident.

Back in 2017, the golf legend - who can boast 15 major championship wins - was arrested in Florida when found asleep in his car and suspected of driving under the influence. Woods pleaded guilty to reckless driving but said his impairment was the result of prescription drugs he was ]taking rather than alcohol. He was fined $250, told to do community service and was put on probation for a year.