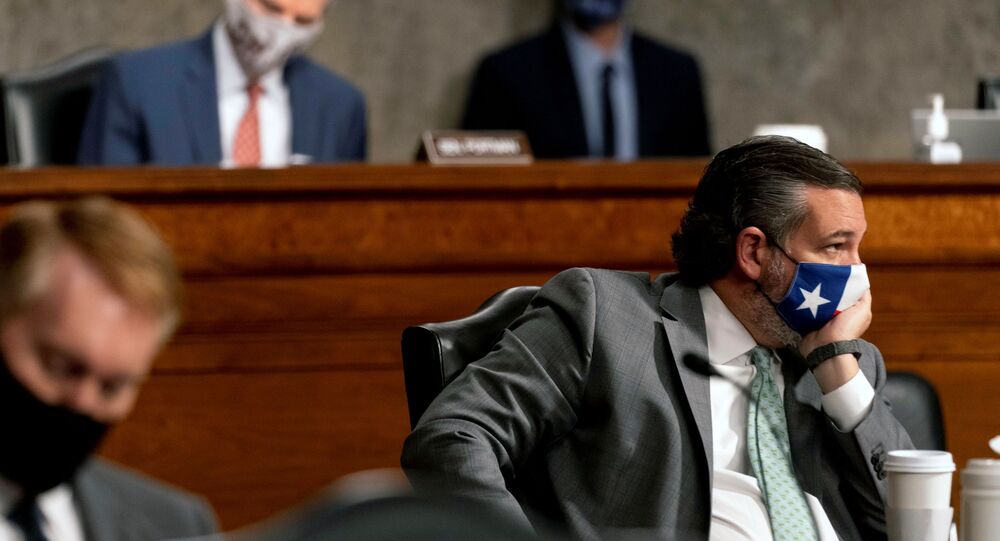 WASHINGTON, (Sputnik) - US security officials told a Senate panel on Tuesday that an assault on the Capitol caught them off guard as there was no intelligence to predict it and all preparations were made for a different scenario.

Active and retired officials claimed in their testimonies that they expected the January 6 protests to be similar to two previous MAGA rallies that brought to Washington, DC, “tens thousands” of President Donald Trump’s supporters and resulted in sporadic altercations with their ideological opponents, but not attacks on government institutions or police.

“We properly planned for a mass demonstration with possible violence. What we got was a military-style coordinated assault on my officers and a violent takeover of the Capitol building,” former US Capitol Police Chief Steven Sund said.

The hearing were held by two Senate committees - on Homeland Security, as well as on Rules and Administration.

“The assessment indicated that members of the Proud Boys, white supremacist groups, Antifa and other extremist groups were expected to participate on January 6 and that they may be inclined to become violent,” Sund admitted.

Paul Irving, who after the riots resigned from his position as House Sergeant at Arms, testified that every Capitol police intelligence report between January 4 and January 6 “forecast the chance for civil disobedience or arrest during the protests as ‘remote to improbable.’” He noted that security officers, basing on the intelligence, "believed that the plan met the threat" and law enforcment agents were prepared. Irving admitted that they "had a wrong plan.”

Their plan had “every available sworn Capitol police employee with police powers” mobilized for January 6 protests as well as the full force of the Metropolitan Police Department with 125 unarmed National Guard soldiers deployed in the city.

Officials downplayed a memo from the FBI field office in the state of Virginia that warned reportedly of a possibility of “war” on the Capitol. Sund stressed that he "just became aware that the Department was aware of that 24 hours ago" and on the 6th or the 5th, or the 4th he did not know that this memo existed.

Contee said the memo was received as an email late in the evening of January 5, though, according to him, it would warrant at least a phone call.

“I think that the intelligence didn’t make it where it needed to be. We received it in a form of an email that came as an alert only at 7:00 p.m. [EST] the day before,” he said.

Contee also recalled in his testimony Sund “literally pleading” for the National Guard deployment. MPD Chief said he was stunned by a tepid response from the military.

“There was not an immediate ‘yes’,” he added.

National Guardsmen, who were available in Washington, DC, at the time, were all unarmed, unequipped with riot gear, had no military vehicles or helicopters and were originally deployed either to direct traffic or assist coronavirus relief efforts.

The officials agreed that the attack was planned and coordinated, involved white supremacist groups and could have more devastating consequences but for officers’ courage.

On January 6, thousands of Trump’s supporters attacked the Capitol and breached the building in an attempt to prevent the congressional certification of the incumbent’s electoral defeat to Joe Biden. Trump was impeached on incitement to insurrection charges at the House of Representatives, but subsequently acquitted at the Senate. Five people died during the assault with two more police officers committing suicide in the immediate aftermath.