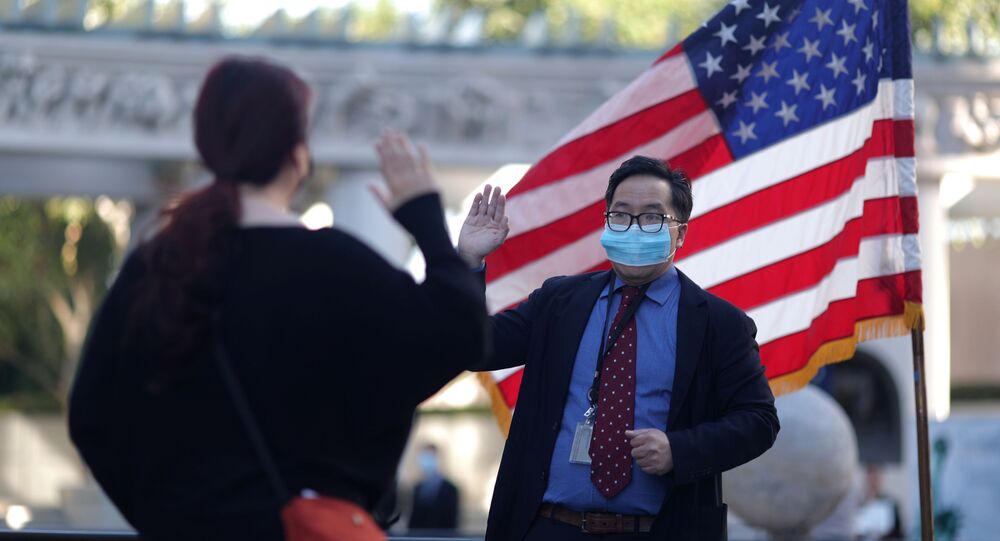 The Trump administration implemented a new citizenship test for interested individuals on December 1, 2020, and subjected applicants to an exam that was twice as long as the previous assessment presented by the United States Citizenship and Immigration Services (USCIS). The new changes were widely seen as a means to deter applicants.

The Biden administration declared on Monday that it would be scrapping the months-old citizenship test enacted by the Trump White House, instead opting to reinstate a previous version of the exam.

The USCIS announced in its latest update that the agency would be reverting back to the 2008 version of the test over concerns the Trump-era exam “may inadvertently create potential barriers to the naturalization process.”

“USCIS aspires to make the process as accessible as possible as directed by President [Joe] Biden’s request to review the process thoroughly,” the release adds.

In order to successfully become a US citizen, individuals need to pass both an English proficiency test and a civics exam. Under the 2008 version of the civics assessment, applicants are instructed to study for 100 potential questions from a list, and correctly answer six out of 12 that are asked by an official.

However, under the Trump administration’s initiative, the list of questions expanded from 100 to 128, with applicants required to successfully answer 12 out of 20 questions in order to pass the civics portion of the citizenship process.

While the new questions required applicants to offer biographical details of founding father Alexander Hamilton and former US Presidents James Madison and Dwight D. Eisenhower, the exam updates were largely seen as having a conservative bias over its emphasis on the Federalist Papers, as well as the lack of questions on the civil rights movement and women’s suffrage, among other topics.

The exam was also blasted over questions containing complex phrasing, many of which could trip up applicants should they fail to consider them carefully.

At the time, one particular question regarding who a US senator represents drew scrutiny. Previously, the answer to the question was “all people of the state,” but under the Trump-era test the answer was “citizens” within the state.

Now, per the USCIS’ Monday guidance, the administration will be providing both versions of the test until April 19, in an effort to assist those who have been studying for the 2020 test. After the April deadline, solely the 2008 test will be administered.

The new changes will take effect on March 1.

‘Woefully Uninformed’: Just 1 in 3 Americans Could Pass US Citizenship Test