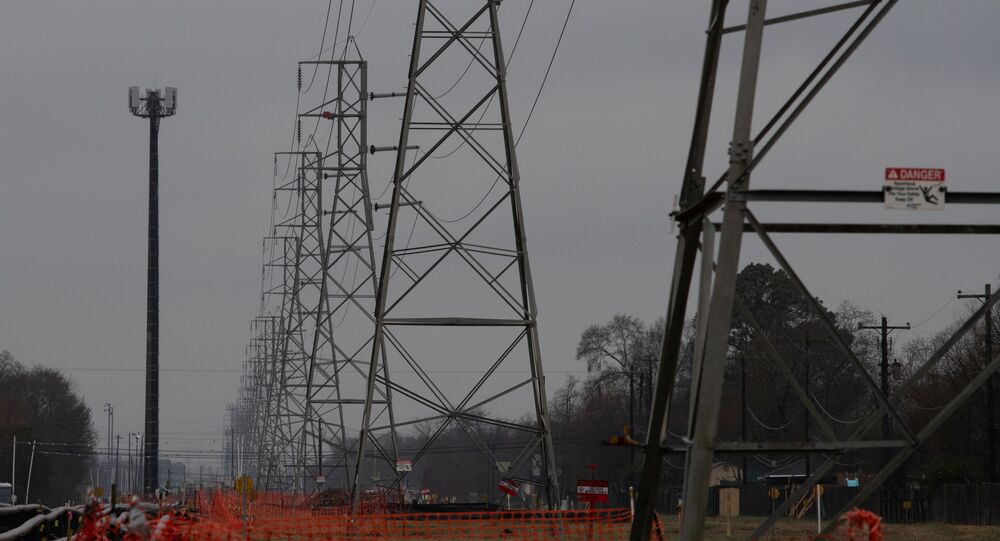 MOSCOW (Sputnik) - Thousands of Texans still remained without electricity over the weekend, after the state suffered from snow storms and cold weather.

According to the distributor Entergy Texas, all of its customers affected by the severe winter storms have had their electricity restored.

" … Entergy Texas, Inc. has restored all customers affected by this week's winter storms. Around 1,000 crews worked to restore power this week after extreme cold combined with several ice and snowstorms impacted southeast Texas", the company said in a statement.

On Friday, the company said that about 3,177 of its customers were still without power.

On Saturday, Texas Commission on Environmental Quality spokesperson Tiffany Young told Sputnik that nearly 15 million local residents were affected by the cold-caused disruption of water supply systems in the state. Tens of thousands of households were still without electricity.

© AFP 2021 / SCOTT OLSON
Orlando Flores, who recently moved to Chicago from Texas, digs out his wife's car after it was buried in snow on February 16, 2021 in Chicago, Illinois

As of Sunday afternoon, about 20,000 Texas homes and businesses remained without power, according to the utility tracking website poweroutage.us. As of early Monday, over 18,000 customers were without power in Texas.

US President Joe Biden approved a major disaster declaration for Texas this weekend. The federal government has also approved emergency declarations for Oklahoma and Louisiana.

Over 70 deaths have been linked to the winter storms in the US, half of them reported in Texas.