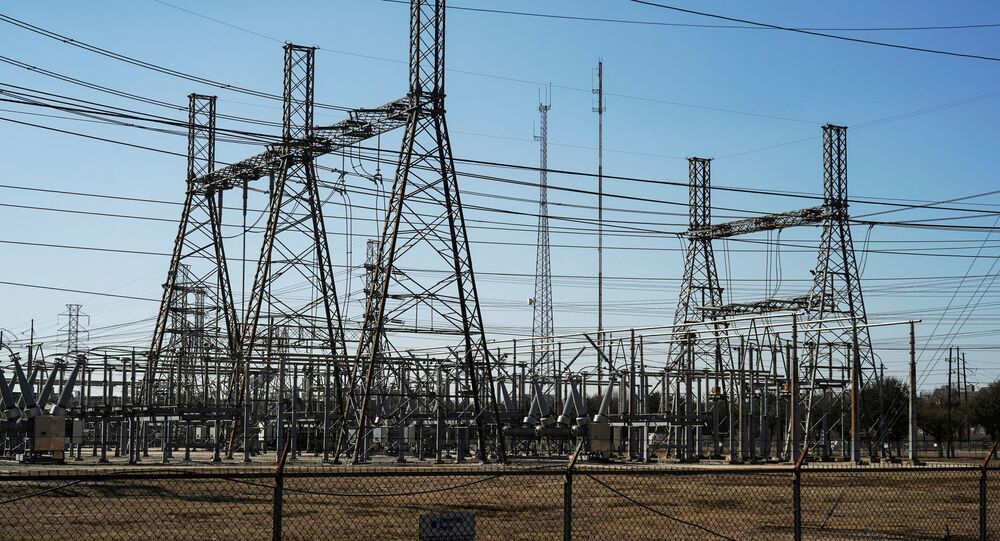 Abnormally cold and snowy weather swept through several regions of the US, with at least 58 casualties. Texas has become one of the worst-hit states since the bad weather has led to massive power outages, the suspension of refineries and other businesses.

The mayors of two of the largest cities in Texas, Sylvester Turner of Houston and Betsy Price of Fort Worth, said that the state should help to pay some of the enormously high energy bills sent to residents after the destructive deadly winter storm that triggered widespread blackouts.

As the only US state not connected to the country's central power grid, Texas has a deregulated energy market that enables consumers to select from several competing sources of electricity.

Demand has skyrocketed when a record-breaking freeze engulfed a state unaccustomed to severe weather, and those Texans who were still able to turn on their lights found themselves with electricity bills of $5,000 or more for only five days of use.

“The bill should go to the state of Texas,” Turner said in an interview with CBS News on Sunday. “When they’re getting these exorbitant electricity bills and they’re having to pay for their homes, repair their homes, they should not have to bear the responsibility.”

What happened this week is not the fault of consumers. These high electricity bills caused by the PUC and ERCOT should go to the State of Texas. They were forewarned in 2011. st

"I think that we will go to the feds. It will probably be a partner on this. We'll just have to work through it and see," Price said. "... there's going to have to be dollars follow that to help these folks who don't have the ability to pay this themselves. And that's going to have to come through the federal government."

According to The Dallas Morning News, one of the local suppliers offering a wholesale tariff plan, Griddy, had encouraged thousands of its customers to leave them for another supplier several days before the storm to escape high prices, although many Texans felt it would take too long to change their supplier.

“We made the unprecedented decision to tell our customers — whom we worked really hard to get — that they are better off in the near term with another provider,” the CEO of the energy provider, Michael Fallquist, said. “We want what’s right by our consumers, so we are encouraging them to leave. We believe that transparency and that honesty will bring them back.”

On Saturday, state Governor Greg Abbott called an emergency meeting of state legislators to resolve the issue, issuing a statement where he said they were responsible for ensuring that Texans "do not get stuck with skyrocketing energy bills."

Texans shouldn't have to face a spike in their energy costs.

To quickly address this issue I held an emergency meeting today with legislative leaders to begin crafting solutions.

We are working to fix this fast.#txlegehttps://t.co/qYrQq1J5ho

This is WRONG. No power company should get a windfall because of a natural disaster, and Texans shouldn’t get hammered by ridiculous rate increases for last week’s energy debacle.

State and local regulators should act swiftly to prevent this injustice. https://t.co/Qo2e4pwv4z

The people of Texas should not have to pay these outrageous bills.

Exorbitant costs should not be passed on to consumers who are not responsible for poor planning by state officials.pic.twitter.com/UJEPHanbbj

​Social media users have shared their experiences with the extraordinary electricity bills, with some of them reportedly reaching up to $17,000.

My aunt’s utility bill (only 5 days so far) in north Texas. I would die pic.twitter.com/DEu839KR5L

A Dallas homeowner with a $17,000 Griddy bill was on WFAA news. Griddy told its customers to switch providers, but he couldn't get switched in time. Griddy's isn't forgiving bills - they're offering installment plans. That's the hazard of going with a spot-market power provider.

​Earlier, Texas Attorney General Ken Paxton has initiated an investigation into the reasons why energy companies failed to cope with the weather conditions and which caused a huge rise in electricity prices for end-users, saying that the companies "grossly mishandled" the emergency situation.

© AFP 2021 / MONTINIQUE MONROE
'What's in It for Me?' Why Biden is Not Rushing to Show up in Texas Amid Blizzard Nightmare

On Saturday, US President Joe Biden approved a major disaster declaration for Texas that makes federal funds available to individuals who have experienced hardship due to the weather anomaly, including help with temporary housing and home repair aid and low-cost loans.

This weekend, all power plants were reportedly back online and power was restored to most homes as the weather returned to normal, but water sources remain a problem, with millions of Texans being urged to boil water before using it.

Overall, at least two dozen people died and more than 4 million people were left without power at the storm's peak, as a result of abnormally low temperatures and heavy snowfall.