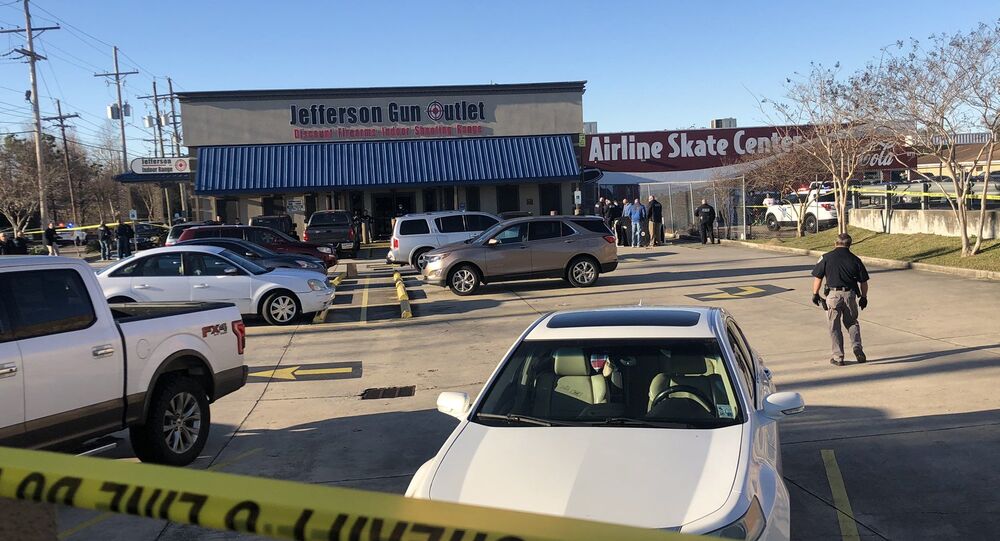 A man walked into a gun range and outlet store with a loaded weapon unholstered and an altercation ensued, according to local media. The person was engaged by customers at the range, which eventually led to casualties.

A deadly shooting occurred at a gun shop in the New Orleans metro area, "multiple" people are dead and some innocent bystanders wounded as a result of the incident, local news channel WDSU reported Saturday.

Jefferson Parish Sheriff, Joseph Lopinto, said in a statement that three people were pronounced dead at the scene.

"At around 2:50 pm [20:50 GMT on Saturday, deputies were dispatched to a report of a shooting at Jefferson gun outlet in the 6700 block of Airline Drive. Arriving deputies located several victims suffering from gunshot wounds. Three individuals were pronounced dead on the scene, and two more were transported to a local hospital for treatment. The two transported victims are in stable condition," the Saturday statement says.

One of the people shot to death was the shooter himself, the sheriff's office said.

"At this time, it appears a suspect shot 2 victims inside the location, then was engaged and shot outside the location by multiple other individuals. The suspect is one of the deceased on scene," police explained.

The incident reportedly took place at the Jefferson Gun Outlet in Metairie, Louisiana, at 6719 Airline Drive.

Here at the scene of where JPSO says multiple shootings just took place here at the Jefferson Gun Outlet. At least one dead. We are working to find out details on the situation. Watch @wdsu at 5P. pic.twitter.com/jkLpj55pee

The state's branch of the Bureau of Alcohol, Tobacco, Firearms and Explosives has issued a statement, saying that it has dispatched special agents to cooperate with the local Jefferson Parish Sheriff's office in the investigation.

BREAKING: .@ATFNewOrleans has Special Agents on the scene of a shooting at a store in Metairie, LA. Agents are assisting and working with the Jefferson Parish Sheriff’s Office. Follow our partner .@JeffParishSO for updates. pic.twitter.com/7ZfWu889uV

No information has been issued concerning the identity of the shooter, which remains unknown, as well as the motive behind the shooting.