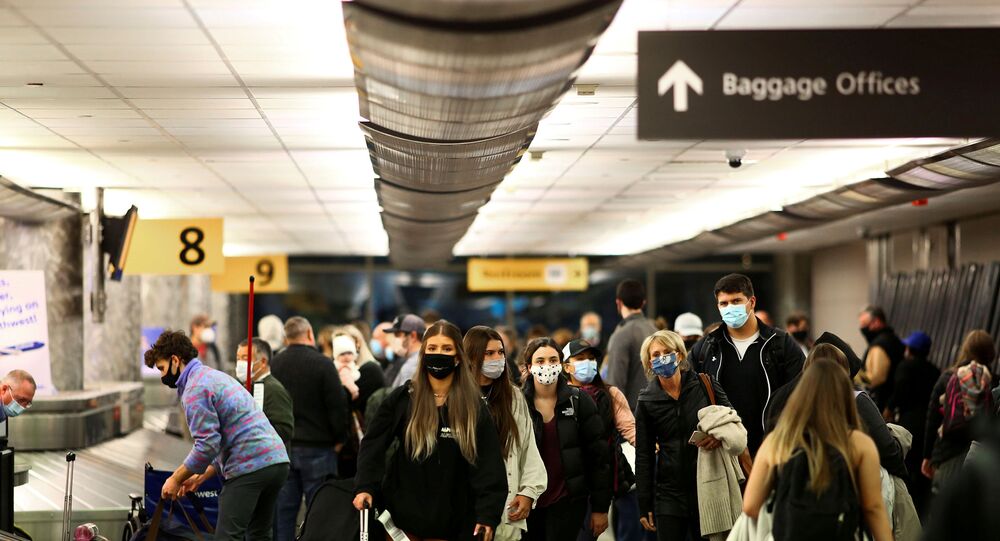 Over the past week, there has been an average of 69,704 cases per day in the US, a decrease of 45 percent from the average tally two weeks earlier, according to Johns Hopkins University estimates.

Marty Makary, a Johns Hopkins professor and surgeon, has stated in an opinion piece published in the Wall Street Journal that the incidence of coronavirus has declined by as much as 77 percent since January, which means that the pandemic could be “mostly gone” by April, enabling Americans to get back to normal life.

“There is reason to think the country is racing toward an extremely low level of infection,” Makary wrote. “As more people have been infected, most of whom have mild or no symptoms, there are fewer Americans left to be infected”, the surgeon, who teaches at the university’s School of Medicine and Bloomberg School of Public Health, asserted.

Coronavirus inoculations and the staggering number of people who have already been infected in the country and developed natural resistance (over 28 million people) equally contribute to the formation of herd immunity, which is expected to emerge in the spring, the doctor said. It is the inevitable result of viral spread and vaccination combined.

Herd immunity, which essentially comes with enough people showing long-standing immunity to a virus, would also safeguard the population against newly registered strains of the novel coronavirus from taking hold and spreading.

“When the chain of virus transmission has been broken in multiple places, it’s harder for it to spread — and that includes the new strains,” Makary explained.

He asserted that antibody testing doesn’t capture antigen-specific T-cells, which develop “memory” as soon as they are activated by the virus. “Survivors of the 1918 Spanish flu were found in 2008—90 years later—to have memory cells still able to produce neutralizing antibodies”, Makary wrote.

Although cases across the US have fallen more than 40 percent over the last two weeks, deaths remain extraordinarily high, with more than 2,600 announced on Thursday alone. In the coming days, the country is likely to reach 500,000 total deaths, according to a New York Times and Johns Hopkins University database.