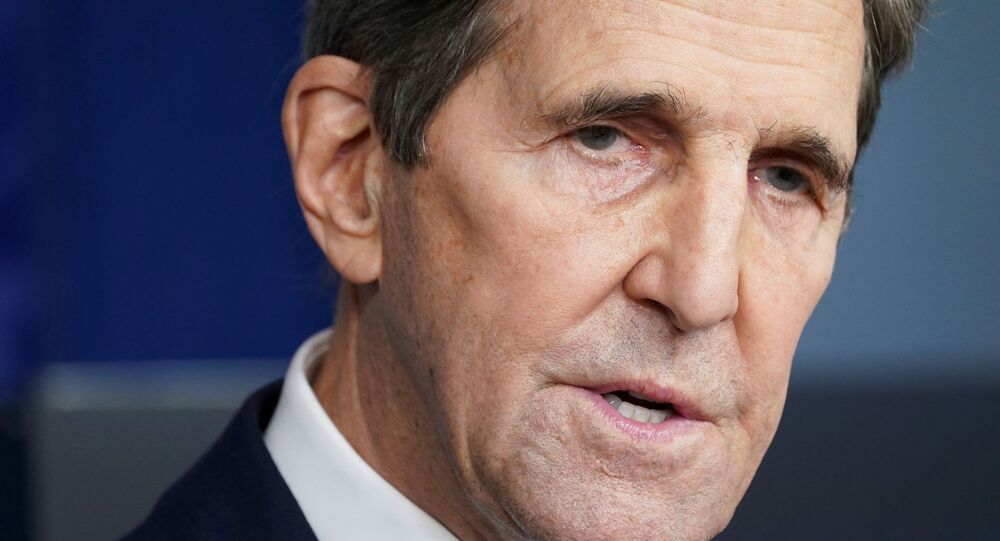 John Kerry numbered himself among the massed ranks of the Climate Cassandras on Friday, repeating the well-trodden forecast of imminent global warming catastrophe without radical action to cut carbon dioxide emissions — amid freakishly cold weather around the world.

Kerry issued the clichéd ultimatum in a TV interview on Friday, hours after the US formally re-joined the Paris Climate Accord less than four months after the former Trump administration finally abandoned it.

"The scientists told us three years ago we had 12 years to avert the worst consequences of climate crisis," Kerry told CBS News. "We are now three years gone, so we have nine years left."

"Even if we did everything that we said we were going to do when we signed up in Paris we would see a rise in the Earth's temperature to somewhere around 3.7 degrees or more, which is catastrophic," Kerry predicted. "There is no room for B.S. anymore. There's no faking it on this one."

On his first day in office a month earlier, President Joe Biden signed an executive order to return to the Paris pact negotiated when he was vice-president to Barack Obama — with Kerry serving as Secretary of State.

Amid freezing weather that has caused chaos across the country, CBS host Ben Tracy was anxious that viewers should not get "hung up on the term global warming and say 'I thought everything was supposed to get warmer'," adding "I heard one scientist say this is really 'global weirding'!"

"It is directly related to the warming, even though your instinct is to say: 'wait a minute, this is the new Ice Age'," Kerry insisted. "But it's not. It's coming from the global warming."

© REUTERS / Jason Lee
'We Were Lucky': Bill Gates Says Climate Change, Bioterrorism Are Now Greatest Threats to Humanity
In fact environmentalists have been warning that mankind has ten years to save the planet from global warming since at least 1989, when UN Environment Programme director Noel Brown claimed entire nations would be wiped off the face of the Earth by rising sea levels if action was not taken by 2000. That claim has been cited by climate change sceptics as an example of environmental alarmism.

London School of Economics economist Sir Nicholas Stern gave world leaders 10 to 15 years to save the planet in his 2006 report, while former US senator and failed 2000 presidential candidate Al Gore echoed that deadline the same year.