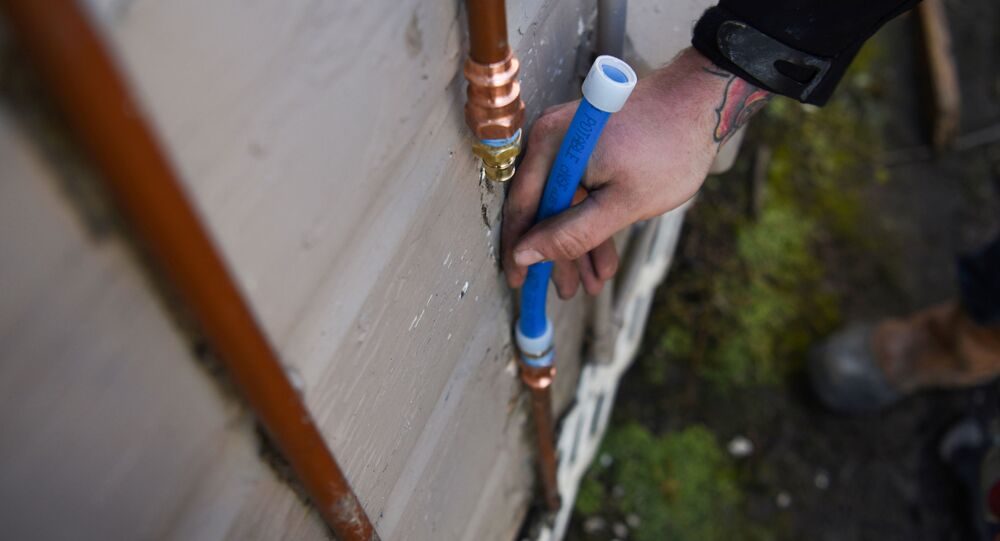 "As of 4:00 p.m., more than 1,300 public water systems have reported disruptions in service due to the weather, affecting more than 14.9 million people, many of them leading to Boil Water Notices," Young said.

Young added that 159 out of the 254 Texas counties have been affected with water system disruptions, impacting service for about half the population of Texas.

As of Friday afternoon, more than 138,800 homes in Texas have no power due to the inclement weather. Earlier this week, the winter storm left more than 4 million homes without power due to disruptions to natural gas and coal generators and nuclear power plants.

Long lines formed at a water distribution site near Dallas. Millions of people in Texas were ordered to boil their water before consuming it https://t.co/Eqnyza9DEY pic.twitter.com/Zdk38ncvpH

The death toll from this week’s historic winter storms and power outages has climbed to at least 44 people.

Millions across the South are heading into another night of freezing temperatures without clean water or enough to eat.@JanetShamlian reports from hard-hit Texas pic.twitter.com/vMo777MzqP

Social media users on Twitter have shared their own experiences online.

The situation in Texas is dire. No drinking water and stores are empty. Homes all over are water damaged and are unsafe, especially when mold starts growing this weekend. Our state government has failed us @fema @NBCNews @ABC @cbsaustin @FoxNews @MSNBC @CNN @maddow @HuffPost pic.twitter.com/utTdPWqFPQ

I go home to Texas tomorrow :(

We don’t even have running water where I live.

San Antonio apartments are on fire & firefighters can’t do nothing because there’s no water 😭 wtf this isn’t ok pic.twitter.com/3NkP3yf61u

Charitable organizations, together with the authorities and the army, are organizing an emergency supply of bottled water to the population.

.@ArlingtonTxFire received 19 pallets of bottled water from the Texas Department of Emergency Management and FEMA, and with assistance from @AMR_Social and 8 local churches, they were quickly distributed to the public on a first-come, first-serve basis. ➡️ https://t.co/l1sVeaGQGk pic.twitter.com/nY2EnnlANX

Frigid temperatures and power outages earlier this week have left residents in Texas with a lack of running water in many homes. CHF has contacted our partners in relief services who will provide bottled water, food, and blankets. Multi-truckloads are already on the way to help. pic.twitter.com/KhDuGh819L

Texas Guardsmen, working in support of @TDEM load #Blackhawk helicopters with food and water to be delivered to Texans in need. #TexansHelpingTexans pic.twitter.com/LHH3U8ogB7

On Wednesday, Texas Governor Greg Abbott issued an order banning the state from exporting natural gas to other states until February 21 in order to conserve supplies for Texas power generators.

President Joe Biden told reporters on Friday he is planning to visit Texas as soon as next week to oversee recovery efforts from the severe winter storm that left millions without power this week.

Nearly 254,000 homes throughout Mississippi, Oregon, Louisiana, and Kentucky have also experienced power outages due to the storm.

NBC News reported that at least 47 people have died in 10 states, a majority of them in Texas, because of the winter storm.