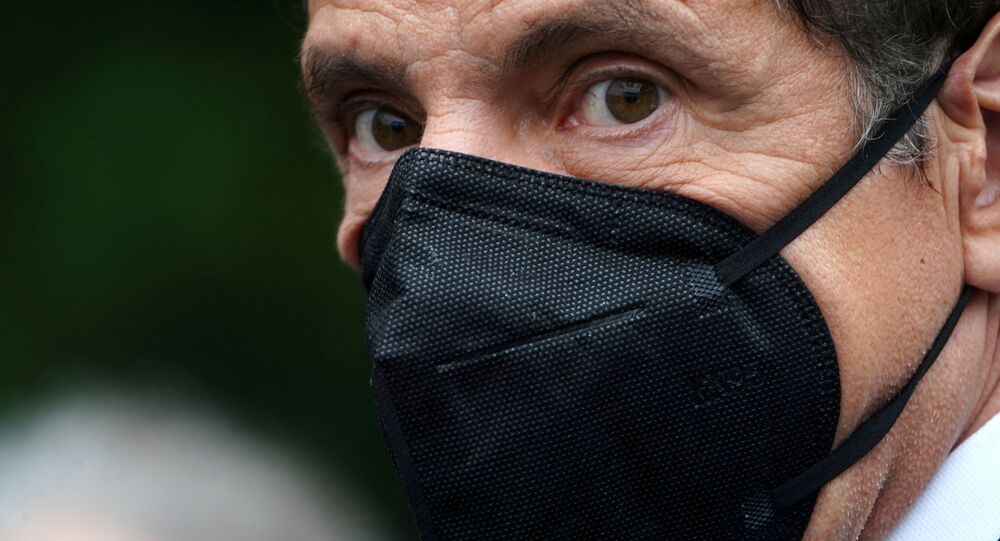 New York state Governor Andrew Cuomo has been accused of overseeing a cover-up of thousands of excess deaths at nursing homes across the state after he ordered coronavirus patients discharged to them from hospital. This week a state legislator claimed Cuomo threatened to end his career if he did not publicly deny the allegations.

The data correlated 0.9 excess deaths — or one for every 11 — per patient admitted to a residential home between March and May last year, when the practice began. Shockingly, every facility that received at least one infected patient saw an average of 4.2 additional fatalities.

Cuomo has been accused of orchestrating a cover-up of the death toll, even allegedly threatening to end the career of a fellow Democrat state legislator if he didn't help hush up the blossoming scandal.

New York State Assembly member Ron Kim, one of several Democrats who have criticised the governor's response to the pandemic, told MSNBC on Thursday that Cuomo had phoned him at home last week to demand he issue a press statement denying the cover-up.

"For 10 minutes he berated me, he yelled at me, he told me that my career would be over, he’s been biting his tongue for months against me, and I had tonight — not tomorrow — tonight to issue a new statement, essentially asking me to lie,” Kim said.

“It was loud enough for my wife to hear,” he added. “I tried to shield her, but she was in shock. She didn't get any sleep that night, and we were terrified."

A statement from Cuomo's office denied his party-mate's account of the phone call, calling it "part of a years-long pattern of lies by Mr Kim against this administration”.

Based on research at over 62 nursing homes in New York, the findings suggest that the death toll could rise to 13,000 fatalities from the initial number of around 8,700 as of late January.

New York state has recorded over 1.5 million COVID-19 cases and around 37,500 deaths since the pandemic began early last year — more than some entire countries of similar population.