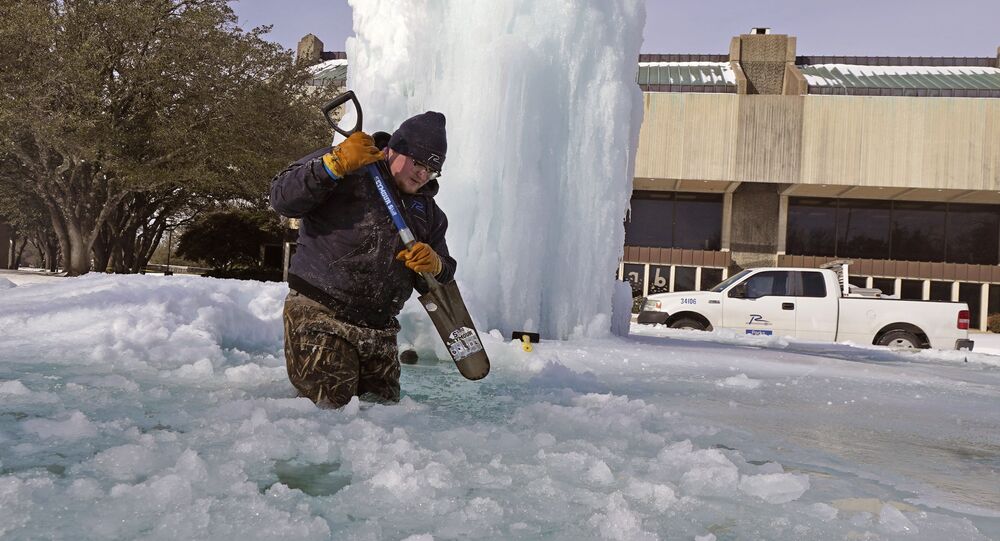 The Lone Star state has been hit by severe winter storms, with temperatures plunging to minus 18 degrees Celsius, the coldest recorded in more than 30 years. The weather crisis has left millions of people without heat or electricity and resulted in the deaths of 47 people.

Texas had just started recovering from blackouts when it was hit by another crisis. According to Executive Director for the Texas Commission on Environmental Quality Toby Baker, almost 13 million people of the state's 29 million residents were told to boil water before using it. The advisory was issued after freezing temperatures damaged water pipes, which potentially infected water with bacteria. Baker said that in Austin alone, 325 million gallons of water were lost due to burst pipes.

Children, the elderly, as well as people with a weakened immune system are especially vulnerable to harmful bacteria that may be found in untreated water. Authorities said cities and residents will be notified when the water is safe to consume.

Electricity has been restored in many parts of Texas, though hundreds of thousands of residents still remain in the dark. Texas Governor Greg Abbott said there had been no residential power outages due to lack of power generation. On Thursday, power supply had been restored to almost two million homes and the number is continuing to rise.

However, water supplies remain low in Texas. In some cities, hospitals were operating without water service, while businesses in Waco were told to reduce consumption by 50 percent. According to Fox 4 Dallas, Abbott is set to ask President Joe Biden to declare a major disaster in Texas.

"We need to make sure we use every tool possible to get water restored to our fellow Texans", Abbott said, according to the TV channel.

The declaration will allow Texans to apply for assistance to help repair damaged water pipes and deal with other damage caused by the winter storms.