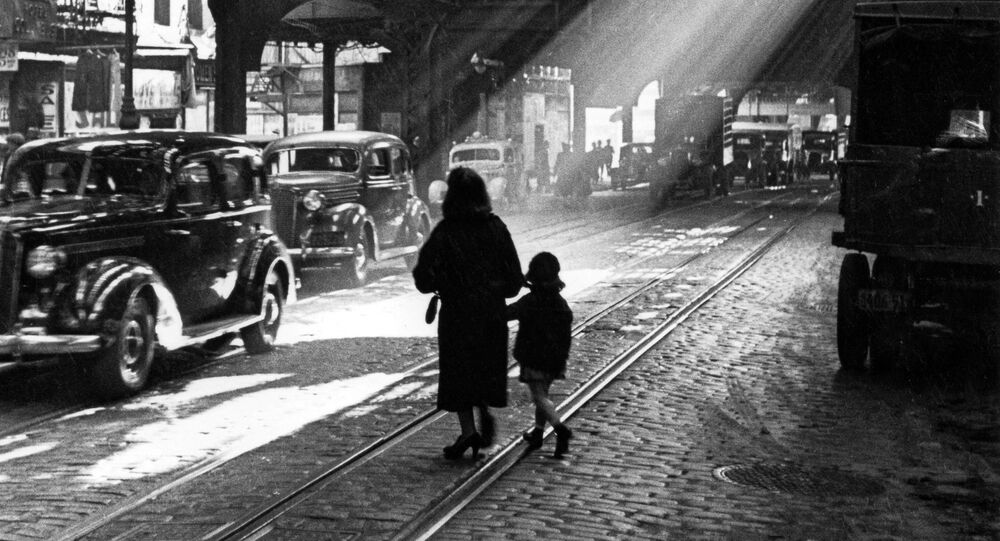 Long before the United States of America was formally recognised as an independent nation by foreign governments in 1783 it was a popular destination for migrants fleeing poverty or war in Europe or just wanting a fresh start. But by the start of the 20th century the flood of immigrants led to calls for a quota system.

On 19 February 1921 the United States Senate passed the Dillingham Immigration Bill, which for the first time set quotas on the number of immigrants coming into the country.

Three months earlier the Republican Warren Harding had defeated James Cox in a presidential election after the Democrats chose not to give the incumbent, Woodrow Wilson, the chance to run for a third term.

100 years ago - 1919- a number of immigration bills were introduced: Dillingham bill- "Immigration would be fixed at 5% of the number of any nationals now present in the United States". Source: New York Times 1919.

​As one of his last acts in office Wilson vetoed the bill but it was finally passed by Congress in May 1921, with Harding’s approval.

Controlling immigration is often thought of as a 21st century issue and it was certainly one of the key reasons Donald Trump got elected in 2016 with his infamous campaign pledge of building a wall along the Mexican border.

Natl origin quotas were introduced in '24, with 1000s of visas reserved for each N and W European country. Asian and African and Middle E countries got 100 each. They were repealed in '65 (over conservative objections) because they were racist. Does POTUS want to revive them? https://t.co/Lvy7iTYnsA

​But it became an issue in the US in the late 19th century and early 20th century.

In 1907 the Dillingham Commission was set up to investigate the number of people entering into the US.

It ran until 1911 and produced a 41-volume report containing detailed data on where migrants were coming from, which states they were settling in and what were the economic and social pros and cons.

The influx of migrants from Europe in particular had become a torrent after the passing of the 1862 Homestead Act.

The Act - which was passed during the Civil War and was partly intended to deter those in wavering states like Missouri and Tennessee from joining the “rebels” - promised 160s acres of land in Midwestern states to “any adult citizen, or intended citizen, who has never borne arms against the US government.”

Word soon spread to Europe about this amazing offer and hundreds of thousands of single men and families would board ships in Britain, Ireland, Germany and Scandinavia and head across the Atlantic.

Later they would be joined by large numbers of Italians, Poles, Russians and Greeks.

On the west coast Chinese and Japanese settlers had travelled to California, Oregon and Washington in the mid- to late 19th century seeking a better life. Many of the Chinese migrants worked as labourers constructing railroads which would link California with Chicago and New York.

At the time though there was little migration from Mexico, Cuba or other Latin American countries.

Few of the migrants cared that the land they were settling in states like Minnesota, Wisconsin, Iowa, Nebraska, South Dakota, North Dakota, Montana, Kansas and Idaho had been taken from its original Native American inhabitants.

​Over time the ethnic make-up of the United States changed.

In the 18th century Americans had been overwhelmingly of English, Scottish or Welsh ancestry but by the end of the 19th century there was a sizeable German-American minority while people of Irish origin dominated in New England, Norwegians ruled the roost in Minnesota.

There were also growing Polish, Russian, Czech and Greek minorities in cities like New York, Chicago and Pittsburgh.

By 1910 there were 13.5 million foreign-born migrants in the US, almost 15 percent of the population.

Raising The Bar For Migrants

In 1907 Congress had passed an Immigration Act which excluded people who were considered "physically or mentally defective."

The Act also established a nine-man commission - made up of three Senators, three members of the House of Representatives and three presidential appointees - which was tasked with examining the issue of immigration in depth and coming up with recommendations to Congress.

The commission was chaired by Senator William Dillingham, a former Governor of Vermont, who had long been an opponent of unrestricted immigration and was prejudiced against immigrants who he felt lacked the Protestant work ethic.

Dillingham led a delegation to Europe where they studied the reasons for emigration and the commission hired anthropologist Franz Boas to research whether the bodies of immigrants and their children had changed since moving from Europe to America.

The commission’s final report was heavily biased against Catholic and Orthodox immigrants from southern Europe and basically said Italians, Greeks and Slavs could not be assimilated with White Anglo-Saxon Protestant (WASP) Americans.

The report was also imbued with anti-Semitism as many of those migrating to the US in the early part of the 20th century were Jews from Russia, Poland and the Baltic countries.

The commission also recommended refusing entry to illiterate migrants and unskilled labourers who were coming with their families.

The Emergency Immigration Act of 1921, often known as the Dillingham Immigration Act, introduced quotas for southern and eastern European nationalities - no more than three percent of the total who were already in the US in 1910 would be allowed in, in any one year.

In 1924 another Immigration Act reduced the quota further - to two percent of the 1890 figure.

But a much higher quota was given to Ireland, England, Germany and the Scandinavian countries.

© REUTERS / LUIS ECHEVERRIA
Hondurans taking part in a new caravan of migrants, set to head to the United States, gather in front of police officers blocking the road in Vado Hondo, Guatemala January 18, 2021.

Migration From Europe Starts To Fall

Migration to the US rose again after the Second World War and in recent years it has been mainly from Latin America and Asia.

Of the foreign-born population in the US now almost 11 million were born in Mexico, while more than two million each were born in China, India and the Philippines.