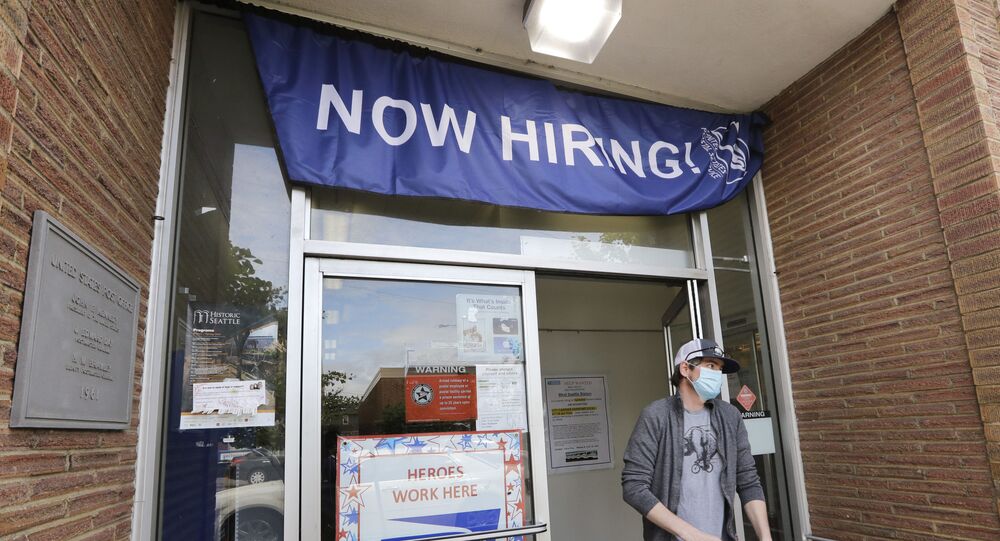 WASHINGTON (Sputnik) - US weekly jobless claims rose for the first time in five weeks, with some 861,000 Americans filing for first-time unemployment benefits last week, according to Labor Department data on Thursday that showed the job market’s continued difficulty in turning the corner from the COVID-19.

“In the week ending February 13, the advance figure for seasonally adjusted initial claims was 861,000, an increase of 13,000 from the previous week's revised level,” the department said in a news release.

Prior to last week, claims had fallen four weeks in a row. But the declines were also narrower in each of those weeks, showing the stranglehold the coronavirus pandemic has on the jobs market.

Economists polled by US media had predicted 765,000 claims in the latest round of reporting by the Labour Department.

“The employment data is going the wrong way,” contrary to efforts to grow jobs, Greg Michalowski, analyst at ForexLive, observed in a commentary.

He added that achieving maximum employment, as per the Fed’s mandate, would require supportive monetary policy and contributions from across government and private sector. President Joe Biden, since taking office on 20 January, has made the passing of a $1.9 trillion relief package his top priority.

The Labour Department also said that continuing weekly claims — reported with a one-week lag but sometimes considered a better gauge of the labour market — slid to 4.49 million for the week ended February 13, from a previous 4.56 million. The unemployment rate, meanwhile, remained stagnant at 3.2 percent.

The United States lost more than 21 million jobs between March and April, at the height of business lockdowns forced by the coronavirus.

A rebound of 2.5 million jobs was logged in May and 4.8 million in June before the recovery began slowing. For both September and October, less than 700,000 jobs were added each month. In November, there were just 245,000 additions while December saw a loss of 140,000 jobs — the first such decline since April — before the growth of 49,000 in January.