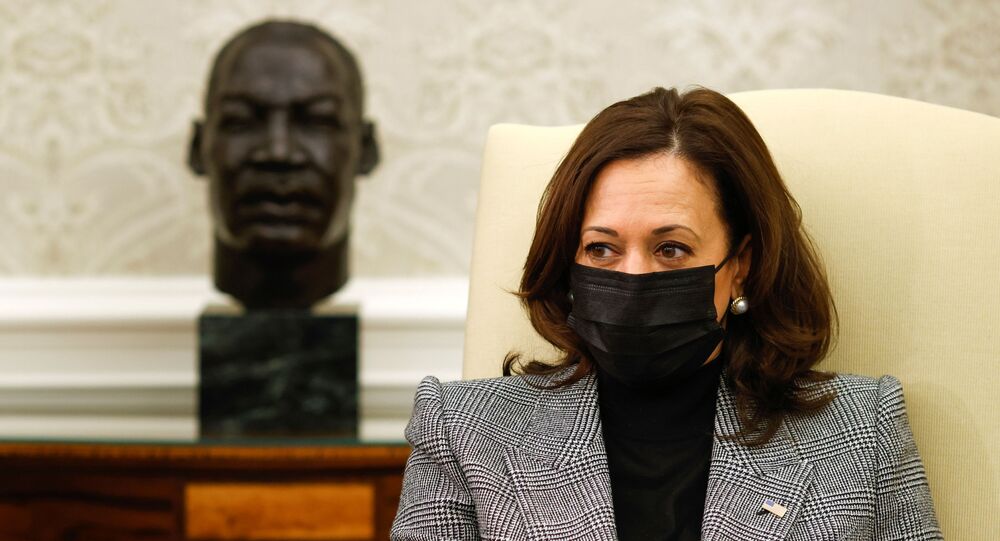 US Vice President Kamala Harris was recently asked about the biggest challenges Biden administration is dealing with in relation to the COVID pandemic. Harris responded by criticising the Trump administration’s lack of “national strategy of plan for vaccinations" – comments that many found outrageous.

Trump-era official Larry Kudlow probably didn't mean to swear live on air when he called Vice President Kamala Harris’ comments about his administration’s vaccine rollout “bullsh**t” – but that’s exactly what happened thanks to a “hot mic.”

Kudlow, the former director of the White House National Economic Council, was invited to Fox New’s America Reports studio ahead of launching his own show on Fox Business that aired on Tuesday. After his segment ended, host Sandra Smith showed a clip of Harris discussing the previous administration’s alleged failures in getting the government's COVID mass vaccination programme off the ground.

The video showed Harris telling a correspondent from Axios on HBO: “In many ways we’re starting from scratch on something that’s been raging for almost an entire year.”

As Smith dubbed the claims “false,” Kudlow's microphone picked him up uttering the words “bulls**t” and “unbelievable falsehoods."

“That is Larry Kudlow weighing in,” Smith explained to viewers.

Kudlow later apologised for the foul language and said that swearing on camera was really not his style but he couldn't restrain himself – Harris’ words made him too angry.

“I'm not usually a guy who swears, but what the vice president said just burned me up and is simply not true, OK?” Kudlow said as he defended his rant.

"I said a bad word. Didn’t mean to. I will not do it again.” — Larry Kudlow, in his first show for Fox Business, addresses yelling "bullshit" on a hot mic on Fox earlier today pic.twitter.com/yRYN7n9h6t

In the full interview Harris blasted the previous administration for a lack of “national strategy or plan for vaccinations” and an absence of “stockpile of vaccines.”

But according to Kudlow, these remarks were “somewhere between cognitive dissonance and an outright falsehood lie.”

“What I think the vice president is referring to is that the actual plan of getting the vaccine doses into people’s arms was really rather vague,” America’s top immunologist said. “I mean it was not a well-coordinated plan.”

Dr. Fauci was actually the one who said following Biden’s inauguration back in January that “we’re certainly not starting from scratch.”