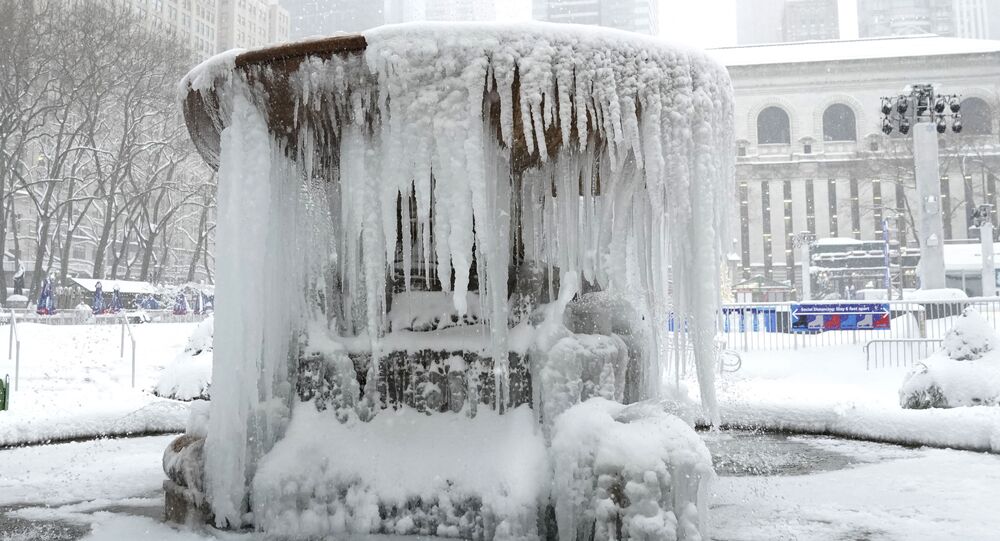 Sub-zero temperatures have hit the United States’ southern states and the Midwest, leaving roughly 29 dead and thousands of Texans without power.

Watch a live broadcast from New York where the Big Apple’s residents are battening down the hatches as a powerful winter storm threatens to wreak havoc.

New York City Governor Andrew M. Cuomo urged the authorities to get ready for emergency callouts on 18 February, with 6 to 10 inches of snow in some parts of the state forecast.

Earlier this month, City Mayor Bill De Blasio restricted non-essential travel from 6 am to 11 pm as Storm Orlena arrived. Schools have been shut down and the country's vaccination rollout stalled as a result.

The winter storm swept through Texas since last week. Accompanied by heavy rain and snow, it left thousands of residents without power. On 14 February, US President Joe Biden declared a state of emergency in the state.