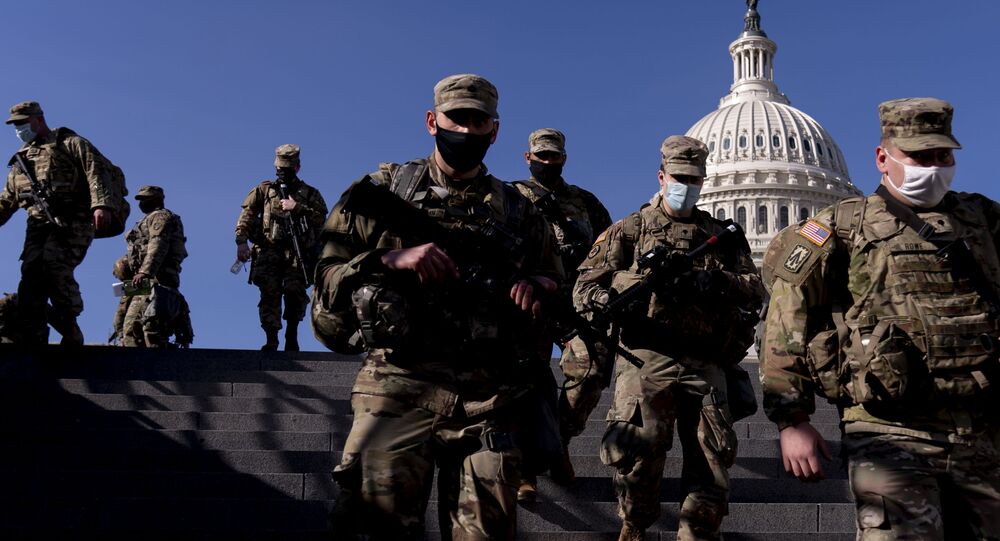 The National Guard was deployed in Washington DC after the Capitol riot on 6 January, tasked with ensuring security and safety during the Biden inauguration ceremony.

“Some of these people have figured out that apparently 75 years ago, the president used to be inaugurated on 4 March. OK, now why that's relevant, God knows, at any rate, now they are thinking maybe we should gather again and storm the Capitol on 4 March. ... That is circulating online," Adam Smith (D-Wash.) said Wednesday during a hearing with defence officials, according to CNN.

Smith also said that “Stuff like that circulates all the time,” asking to “tell them not to do that”. “That too would help reduce the, well, I don't know, fear or paranoia that people feel that requires everything that we're seeing around here,” he added.

"We work very closely with the FBI, Secret Service, and others and the Capitol Police to try to determine what they believe that threat is, and then looking at what they believe is the need for the National Guard,” he said, adding that “obviously 4,900 is a very large number here on the Capitol".

On 6 January, a Washington "Stop the Steal" rally in support of then-US president Donald Trump spiralled out of control as some protesters broke into the Capitol building, disrupting the certification of Electoral College votes being held there that day. Ultimately five people died as a result of the riot.

As a result of these events, Trump was accused of “inciting an insurrection” and impeached by the US House of Representatives on 13 January. He was later acquitted by the US Senate, which voted 57-43 on 13 February in favour of the measure, short of the 2/3 majority needed to convict Trump.

Trump, who called on supporters to oppose Joe Biden's nomination "peacefully" during the rally, has vehemently denied his responsibility for the actions of the protesters, saying that his remarks were "totally appropriate."