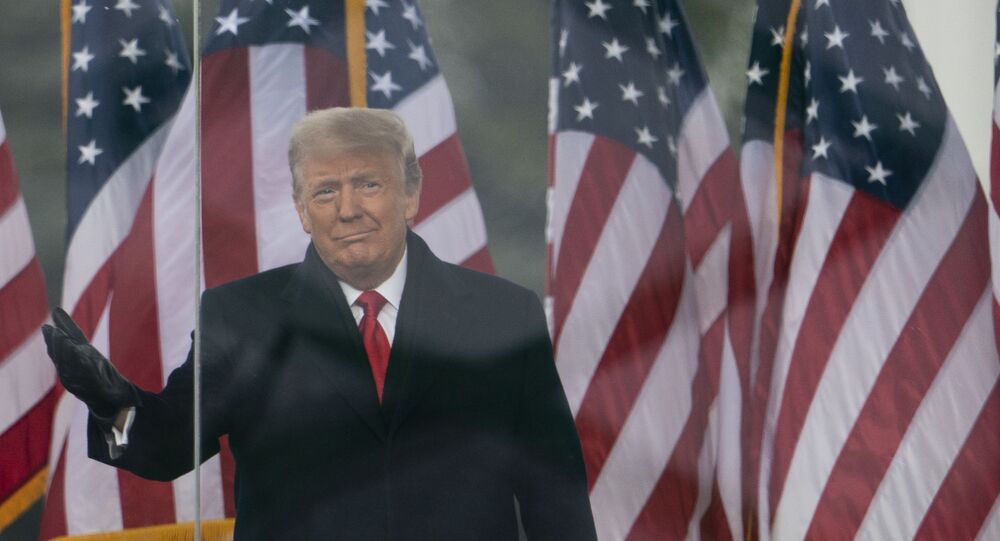 The Trump 2020 campaign app, dating back to 2016 and refreshed for the 2020 election, was reportedly subjected to only a few maintenance updates in the intervening years, and allowed users to register for Trump rallies, contribute financially, keep up to date with campaign news, and "earn rewards".

The reason for the app’s removal, however, had nothing in common with the circumstances that saw the former president kicked off some of the world’s largest social media platforms, reported Android Police.

​Prior to its suspension, the app had stopped working, with Google forced to take it down, confirmed the website. When Android Police tested the app, it was “unable to load content, reporting a network error or simply spinning a loading ‘T’ circle endlessly”.

It was added that the iOS version of the app was still functioning and remained on the Apple App Store.

“The Trump 2020 campaign app recently stopped working and we reached out to the developer multiple times in an attempt to get them to address the issue. People expect that apps downloaded from Google Play provide a minimum level of functionality and our policy is to remove non-working apps from the store if they are not fixed,” said Google in a statement to Android Police.

The Trump 2020 app was created in 2016 for the former president's first campaign, and was refreshed for the 2020 re-election bid. However, there were no more than a couple of maintenance updates in the intervening years, according to the outlet.

President Trump's press office has not offered a comment on the developments.

As news of the development broke, there were speculations whether the app’s removal was rooted in larger political motives, stemming from Donald Trump’s second impeachment, when the Senate failed to convict him on the single count of “incitement of insurrection” in connection with the Capitol riots of 6 January.

At the time, online platforms mobbed together to take action against President Donald Trump in response to his alleged encouragement of his supporters to attack and breach the US Capitol on 6 January, as Congress met to certify Democrat Joe Biden’s 2020 presidential election win. The accusations were vehemently rejected by Trump.

After close review of recent Tweets from the @realDonaldTrump account and the context around them we have permanently suspended the account due to the risk of further incitement of violence.https://t.co/CBpE1I6j8Y

​On 7 January Twitter implemented a 12-hour ban, and Facebook expanded what was originally a 24-hour ban into an “indefinite” one. Trump was permanently kicked off Twitter on 8 January.

We believe the risks of allowing President Trump to continue to use our service during this period are simply too great, so we are extending the block we have placed on his Facebook and Instagram accounts indefinitely and for at least the next two weeks. pic.twitter.com/JkyGOTYB1Z

​Recently, a top executive with the company, Ned Segal, who serves as Twitter’s chief financial officer, remarked during an interview with CNBC’s “Squawk Box” that once someone is stripped of their access to the platform, the decision is final, and revealing that Donald Trump’s permanent suspension from the high-profile social media platform will remain in place even if he were to run again during the 2024 presidential election cycle.

The company alleged that the app was used to help organise the events which led up to the chaos at the Capitol.

Following in the footsteps of other platforms, Shopify took down e-commerce sites from the Trump Organisation and Trump campaign, The Wall Street Journal reported last month.

‘Too Early to Say, Lots of Great Polls Out There’: Trump Cagey on Whether He'll Run Again in 2024