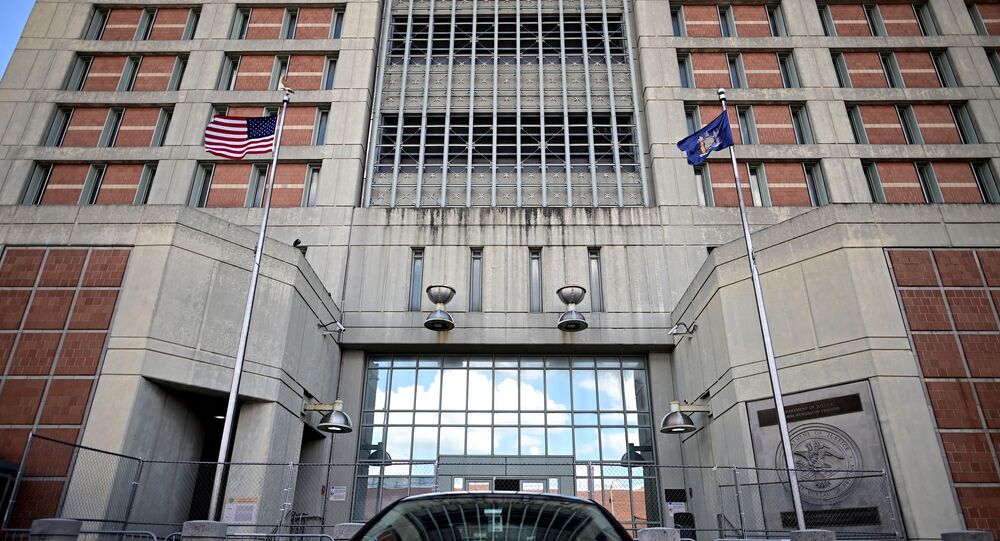 Ghislaine Maxwell, an alleged "madam", pleaded not guilty to grooming underage girls for the convicted pedophile Epstein in July 2020, a year after his arrest on charges of child sex trafficking. The judge, who found her a flight risk, already declined her bail twice, and she is scheduled to go on trial later this year.

A former British socialite, Maxwell is "withering" away while being kept in Brooklyn's Metropolitan Detention Center due to the harsh conditions, CNBC reported Wednesday.

In a recent letter to federal judge Alison Nathan, Maxwell's lawyer, Bobbi Sternheim, reportedly writes that "it is impossible to overstate the deleterious effect of the conditions under which Ms. Maxwell is detained. She is withering to a shell of her former self — losing weight, losing hair, and losing her ability to concentrate."

The lawyer claims that the 59-year-old is systematically subjected to violence and humiliation by the prison guards.

“Within a week and while the same team was in charge, Ms. Maxwell was the subject of further retaliation for reporting the abuse: a guard ordered Ms. Maxwell into a shower to clean, sanitize, and scrub the walls with a broom. Ms. Maxwell’s request to have the camera record the guard alone with her in the confined space was again denied,” Sternheim claimed.

The latest in a series of concerns about Maxwell's jail conditions, her lawyer's letter underlines the fact that her life during the past seven months has been very different from her days with Epstein when they organized parties with high-profile politicians and celebrities, according to the report.

“Maxwell continues to be at the mercy of a revolving group of security officers who are used to guarding hundreds of inmates but now focus their undivided attention exclusively on one respectful, middle-aged female pretrial detainee,” Sternheim added.

The lawyer also stated that Maxwell is not provided with adequate food by underheating or overheating her meals.

In what is apparently an attempt to prevent her from committing suicide while locked up, as Epstein did in 2019, the lawyer says "over-management" and continuous monitoring of Maxwell by guards in the correction facility "are impacting her stamina and effectiveness in preparing her defense and conferring with counsel."

Sternheim stated that prosecutors have admitted that the correction facility officers point a flashlight "every 15 minutes from approximately 9:30 pm to 6:30 am" at the ceiling of Maxwell's cell.

“It is hard to verbally convey the power of a light that bounces off a concrete ceiling in a six-by-nine-foot concrete box into Ms. Maxwell’s eyes, disrupting her sleep and ability to have any restful night," the lawyer wrote. "The attenuating effects of sleep deprivation are well documented.”

Maxwell is accused of crimes related to recruitment and exploitation of underage girls who were sexually assaulted by Jeffrey Epstein, a famous financial mogul turned sex abuser and perjurer. According to the authorities, he committed suicide by hanging in Metropolitan Correctional Center in Manhattan a month after he was arrested.

Maxwell's attorneys are reportedly engaged in an attempt to try to get her increased access to a laptop computer to prepare for her trial.