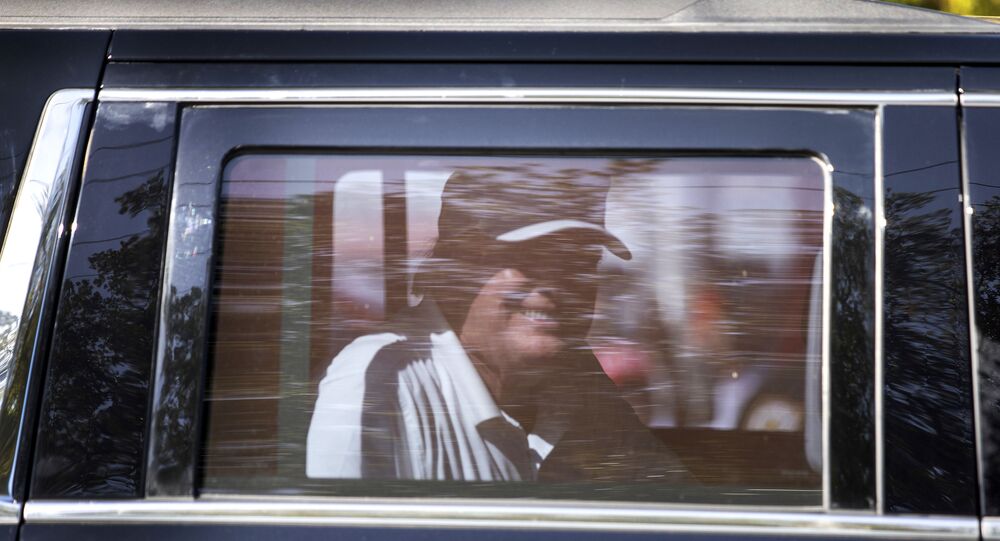 On 15 February, a large crowd of demonstrators gathered in West Palm Beach to show their support for former US president Donald Trump during a Presidents Day rally, just two days after he was acquitted in his second impeachment trial.

Donald Trump, who has been spending much of his time in Florida since he left office on 20 January, has unexpectedly appeared at the Presidents Day rally in West Palm Beach, Florida, driving past his supporters and waving at them from his car.

The gathering was billed as a “peaceful and patriotic” rally in support of “America’s greatest president”, as large crowds displayed pro-Trump signs and waved flags at an event, which was held near Trump's Mar-a-Lago Club.

Donald Trump waives to crowd of supporters from inside an SUV in West Palm Beach: https://t.co/Enw4LJTBVc pic.twitter.com/WVN7KTs21s

The Presidents Day rally was held just days after the US Senate voted to acquit Donald Trump of inciting insurrection at his second impeachment trial, triggered by the 6 January storming of the Capitol by thousands of his loyalists. In the final tally, 57 US senators endorsed and 43 rejected the single article of impeachment, "incitement of insurrection". The conviction required a two-thirds majority vote — at least 67 out of 100 Senators.