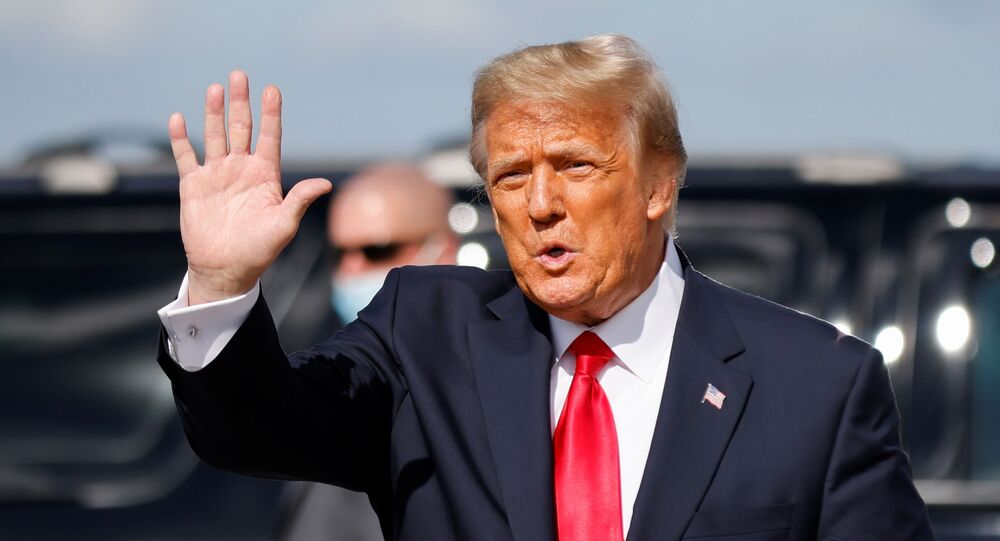 The former commander-in-chief has been out of the public eye ever since tech giants blocked him on most popular social media platforms, accusing Trump of inciting the riots in DC on January 6.

Friends and allies of former President Donald Trump expect him to break weeks of silence and resume interviews with “friendly” media, The Associated Press reported Monday.

According to the report, the ex-president “is eyeing ways to reassert his power”, and has already met with political aides to discuss efforts to help Republicans win back the House and the Senate in the 2022 election cycle. At the same time, the former president is reportedly focused on taking "revenge" on those Republicans who voted to convict him in the recent impeachment trial.

Following the violent events on January 6, when thousands of Trump supporters stormed the US Capitol in a bid to prevent Congress from certifying Joe Biden's win in the election, Twitter, Facebook, and Instagram imposed a social media gag on then-president Trump, blocking him from his online audience of millions.

© REUTERS / MARCO BELLO
Enjoying Florida Sun: Trump 'Feels Happier' Than He Did in the White House, Senior Aide Reveals
The former president has remained mostly silent after leaving the White House for his Mar-a-Lago estate in Palm Beach, Florida, together with the ex-first lady, Melania Trump.

“I imagine you’ll probably be hearing a lot more from him in the coming days,” senior aide Jason Miller said as quoted by the AP.

Republican Senator Lindsey Graham, who reportedly had a talk with the ex-president on Saturday, said that Trump was “mad at some folks”, but, nevertheless, is “ready to move on and rebuild the Republican Party”. He added that Trump was “excited about 2022.”

“My goal is to win in 2022 to stop the most radical agenda I’ve seen coming out of the Democratic presidency of Joe Biden. We can’t do that without Donald Trump, so he’s ready to hit the trail and I’m ready to work with him,” Graham said.

Last week, the Senate acquitted Trump on charges of “incitement of insurrection”. He became the first American president ever to be impeached twice, though lawmakers who sought to convict him failed to get the needed two-thirds majority both times.

Last February, the Republican-controlled Senate cleared him of charges of pressuring Ukraine to probe Joe Biden and his family.