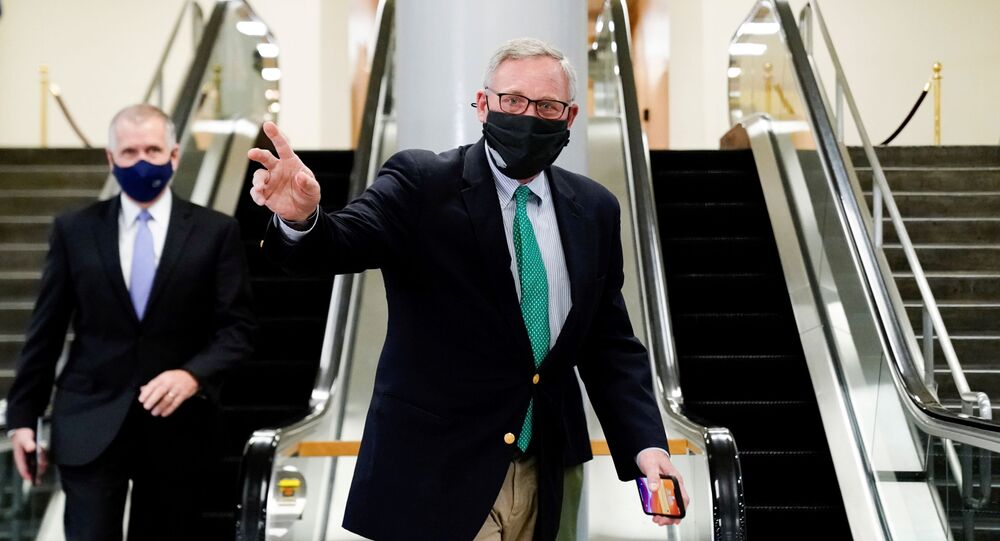 Several Republicans have already been censured for voting to convict Trump. Burr's possible censure could pave the way for Lara Trump to become the most likely nominee for the Senate seat in the state.

The North Carolina Republican Party is expected to vote Monday on whether to censure Rep Richard Burr for backing the impeachment trial against former President Donald Trump, the Associated Press reported.

Burr is among several Republicans who have faced a backlash recently over voting to convict the ex-president on the sole article of "incitement of insurrection".

While noting that it was unconstitutional to impeach a former president, Burr said that the Senate had now established the precedent for it by proceeding with the second impeachment trial.

GOP senator Lindsey Graham called Trump's daughter-in-law, Lara Trump, the "biggest winner" of the impeachment trial, which paves the way for her to potentially replace Burr if she runs for the Senate seat in North Carolina.

"My friend Richard Burr just made Lara Trump almost the certain nominee for the senate seat in North Carolina to replace him if she runs," Graham said.

At the same time, House Republican from North Carolina, Mark Walker, warned Burr of a "wrong vote" and said he is running to replace him "because North Carolina needs a true conservative champion as their next senator".

Trump was acquitted on his second impeachment trial on February 13, with those lawmakers seeking to oust him failing to reach the necessary two-thirds majority. Trump has become the first American president ever to be impeached twice during their term in office. The second impeachment was launched just days after the ex-president's supporters stormed Capitol Hill in a bid to stop the congressional certification of Joe Biden's victory in the November 3rd election.