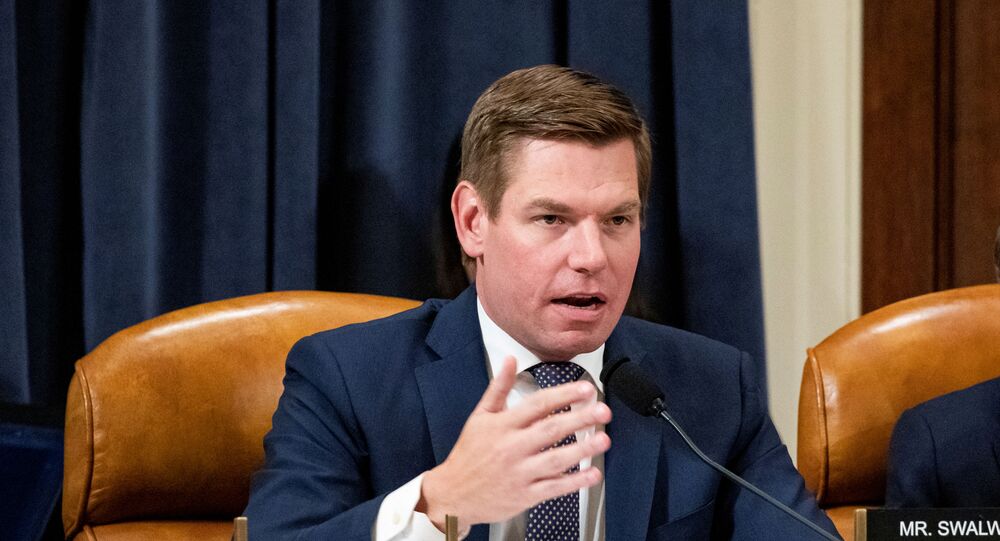 'God Herself': Netizens in Debates After Rep Eric Swalwell Suggests God is a Woman

Last year, Axios reported that Democratic Representative Eric Swalwell was targeted by an alleged Chinese spy, Fang Fang, or Christina Fang, who was reported to have interacted with Swalwell and also participated in fundraising activity for Swalwell’s 2014 re-election campaign.

Representative Eric Swalwell, among House impeachment managers trying to convict Trump on charges of inciting an insurrection during the deadly January 6 Capitol riot, suggested on Sunday that God is a woman, and even if "she" had attended the Trump impeachment as a witness, it would not change the Republican vote.

“So we could have called God herself, and the Republicans weren’t going to be willing to convict, so we’re proud of the case we have put forward,” Swalwell said during an appearance on MSNBC.

His remark raised some eyebrows and caused some giggles, while others praised his view regarding an omnipower. However, some were offended by the cultural genderswap and engaged in heated debate on how one can identify one's God.

Eric Swalwell - Are you a woman? You look more like one than God. Keep blaspheming him. He usually takes so much, even though he loves you & your sorry mug, & gave his son so you & all others can be in paradise with him & not roast in hell.

@RepSwalwell <--- this 🤡 says God is a woman. It's gonna be a bad day for you when you finally meet HIM.

​Those representing other religions and ideologies joined the threads as well.

Just wondering @RepSwalwell . Is Allah a "her" as well? https://t.co/f4S1hDo0Az

Arguing over the gender of an imaginary friend. Broken country.

This is the most ridiculous headline
Everybody knows God is trans 🏳️‍🌈🙄

​Some argued that, technically, there is no evidence that God is not a woman.

​Many piqued Swalwell's kerfuffle in "consorting" with alleged Chinese spy Fang Fang, as said in a 2020 Axios report. According to the report, Fang participated in Swalwell's re-election campaign in 2014, but there were no indications of any wrongdoing by the Representative, who, after being informed of her international status by law enforcement, immediately cut all ties to her.

that's what fang fang told him though