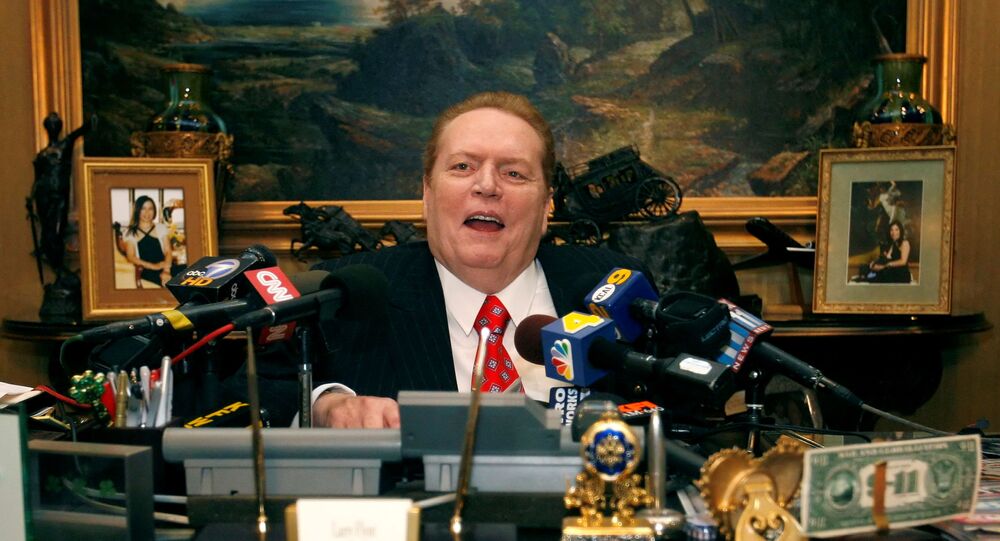 Guests at the public wake will be treated to an onstage performance by the house dance troupe followed by memorial show in the late pornographer's honour and a mass balloon release from the Las Vegas strip club's rooftop.

Late Hustler publisher Larry Flynt will get a fitting send-off next week with strippers and cocktails at his Las Vegas club.

The famous pornographer and free-speech advocate, who was confined to a wheelchair for more than 40 years after a murder attempt, died on Wednesday of heart failure at the age of 78.

Flynt's Hustler Club in Las Vegas has now announced a public "Celebration of Life" next weekend, TMZ reported. The club's dance troupe Sexxy After Dark will perform at the wake, where guests can sip the late owner's signature vodka cocktail the Flynt Goldfinger.

The commemoration will also include on-stage memorial presentation, after which balloons will be released from the roof in his memory.

The event is open to the public — for an entrance fee of $50 as long as they are over 21. Coronavirus pandemic restrictions mean only four guests can be seated at each socially distanced table.

Flynt was left paralysed from the waist down in 1978 when he was shot outside the Gwinnett County Courthouse in Lawrenceville, Georgia, during a legal battle over obscenity charges. The key moments of his career, including his shooting, was portrayed in the 1996 film The People vs. Larry Flynt starring Woody Harrelson.

In October 2017 he offered a reward of $10 million for information leading to the impeachment of then-president Donald Trump — an offer he would ultimately never have to make good on.