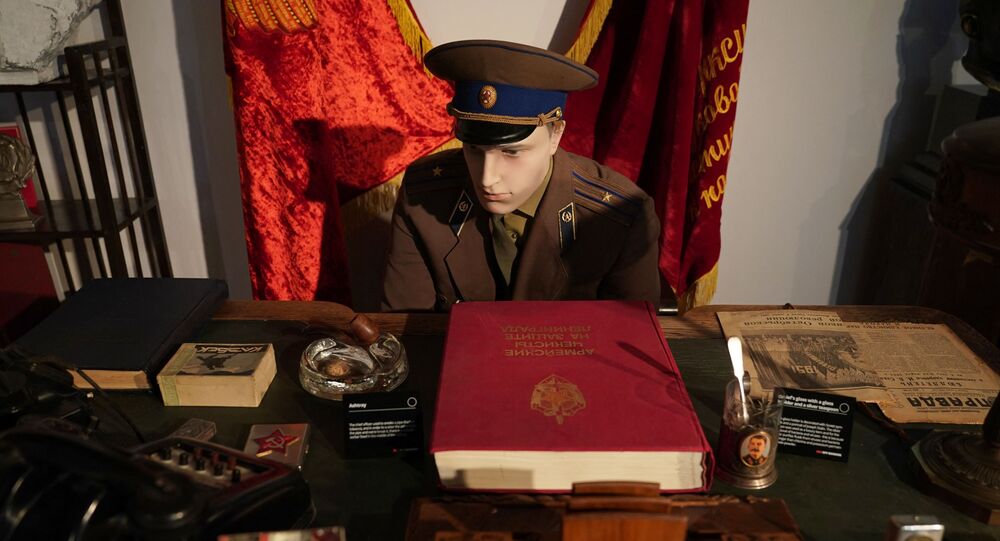 MOSCOW (Sputnik) - Hundreds of items from the now-dissolved New York KGB Espionage Museum sold out at an auction on Saturday among a rare collection of Cold War relics from the United States, the Soviet Union and Cuba, Californian-based Julien's Auctions said.

The most expensive lot was a Soviet female purse with a metal accessory on its front shaped like a fly with a miniature camera hidden in it. The estimated price was $2,000-$3,000, but the purse ended up selling for $32,000 pursuant to 14 bids.

© AFP 2021 / TIMOTHY A. CLARY
A sample of some of the items on display at The KGB Spy Museum in New York on January 25, 2019. - The exhibit presents a never-before-seen collection of items covering the activities of KGB agents and revealing the methods that underlay many of history's top secret espionage operations. The vast exhibition hall, housed in a former warehouse on 14th Street, is home to some 3,500 original period objects, which Lithuanian historian and designer of the museum Julius Urbaitis, 55, claims to have gathered after 30 years of research "around the world."

The KGB Espionage Museum of New York opened in early 2019, but closed down last March because of the pandemic.