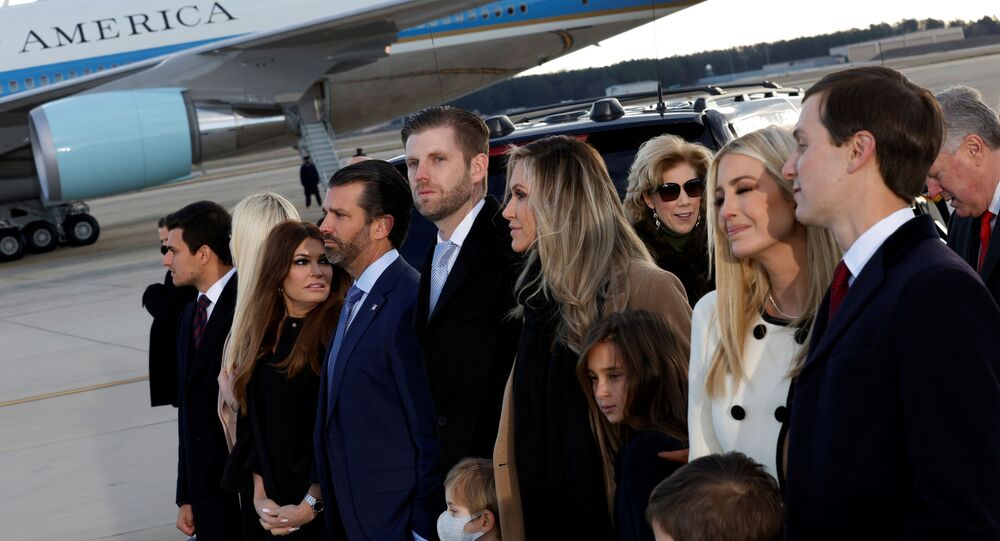 On Saturday, the US Senate again voted to acquit former President Donald Trump on impeachment charges, this time for "incitement of insurrection" for encouraging the deadly 6 January Capitol riot. 57 senators supported the second impeachment and 43 rejected the move in a vote that required a two-thirds majority in the Senate.

Members of Donald Trump's family took to Twitter immediately after the impeachment trial wrapped up on Saturday with the acquittal of the former president, as Trump's sons - Donald Jr. and Eric - celebrating the results.

Trump Jr advised senators to get back to work, and not "put on show trials for free air time".

"NOT GUILTY. Now maybe it would be nice if the senators stopped putting on show trials for free air time and actually started working for the American people for a change", he tweeted.

NOT GUILTY. Now maybe it would be nice if the senators stopped putting on show trials for free air time and actually started working for the American people for a change.

​His brother Eric tweeted "2-0", referring to both of Trump's impeachments by the House ending with acquittals in the Senate.

No immediate reaction came from either Trump's daughter, Ivanka Trump,​ or his wife, Melania Trump.

The former president's sons' reactions to the results of the second impeachment trial come shortly after 57 Senators voted in support of the impeachment article accusing Trump of "incitement of insurrection" during the 6 January Capitol riot, while 43 voted to reject it.

In order to convict Trump in the Senate, at least 17 Republicans would have had to support the impeachment article, but only 7 GOP senators voted yes to the second impeachment.

The ex-president denounced the trial as a "witch hunt" against him, and denied responsibility for the deadly 6 January riot on Capitol Hill that claimed 5 lives.

Donald Trump is the only president in US history to be impeached twice in the House, with his first trial on abuse of power and obstruction of justice taking place in early 2020, and similarly ending with an acquittal in the Senate.