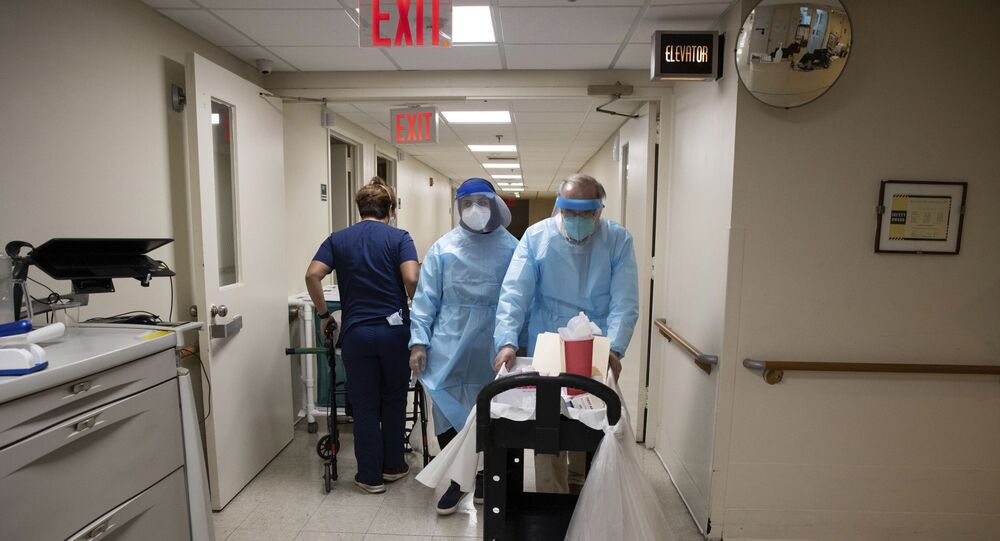 A report by AP News has claimed that more than 15,000 people died of COVID-19 in NYC nursing homes since the start of the pandemic last year, whereas the figure disclosed by governor Cuomo’s office was only 8,500.

Well-known CNN presenter, Chris Cuomo, has been slammed on social media for failing to mention the recent scandal involving his older brother, the governor of New York, Andrew Cuomo.

Governor Cuomo came under heavy fire on Thursday, 11 February, after an audio recording went public of one of his top aides admitting that his administration withheld data on COVID-19 deaths in nursing homes during an investigation by the Department of Justice because they were afraid they would be publicly attacked by Donald Trump who was president at the time. Pressure continues to mount on the governor to resign from his post.

Despite that scandal exploding in public view, on the evening of the same Friday, Cuomo’s younger brother, Chris, dedicated his entire CNN show to the second impeachment trial of former President Trump, not once mentioning the disaster engulfing his older brother.

Netizens on Twitter made clear what they thought of the younger Cuomo's seeming refusal to cover his brother’s debacle.

Chris Cuomo loves to lecture America from his high horse
When it comes to his own family, he’s silent
He’s done https://t.co/XCeQFetwxh

Why is CNN covering up the Andrew Cuomo nursing home scandal?

What level of journalistic malpractice does this fall under? @ChrisCuomo @CNN pic.twitter.com/FcCplJ8vLy

Can we trust ‘journalism’ from Chris Cuomo and CNN?

He’s an accomplice. He can’t incriminate himself.

Andrew was at the White House on Friday where he met with president Joe Biden, reportedly to discuss ongoing efforts to combat COVID-19 in NYC. Despite being hounded by reporters with questions about the ongoing scandal, he refused to comment. Subsequently, Cuomo released a public statement simply saying that President Biden and his cabinet had “made clear that they recognise and appreciate how critical this targeted relief is for our ability to recover from this pandemic.”

Furthermore, when questioned by reporters about an official position from the Biden administration, the White House press secretary Jen Psaki would not give an answer on whether President Biden had lost faith in Cuomo to continue in his capacity as governor of NYC.

“The president hosted Governor Cuomo and a bipartisan group of governors and mayors today to get their perspective from the frontline - not to give anyone a stamp of approval or to seek their stamp of approval - and to discuss the urgency of passing the American Rescue Plan. Governor Cuomo is the governor of one of the largest states in the country - one of the places where the pandemic hit hardest, the earliest,” Psaki simply said.

In the confession obtained by The New York Post, the senior Cuomo aide, Melissa DeRosa, admits that the Cuomo administration “froze” back in August 2020 when Mr Trump’s Department of Justice asked for data on NYC care-home deaths.

“We were in a position where we weren't sure if what we were going to give to the Department of Justice, or what we give to you guys, what we start saying, was going to be used against us while we weren't sure if there was going to be an investigation,” DeRosa says in the audio confession. The data was then kept secret until January 2021, when the NYC Attorney-General announced that the state had missed the mark on the number of deaths in care homes by up to 50 percent.

According to NY1, Democrat state lawmakers have entered discussions about removing emergency powers granted to Cuomo to oversee the COVID-19 pandemic in response.