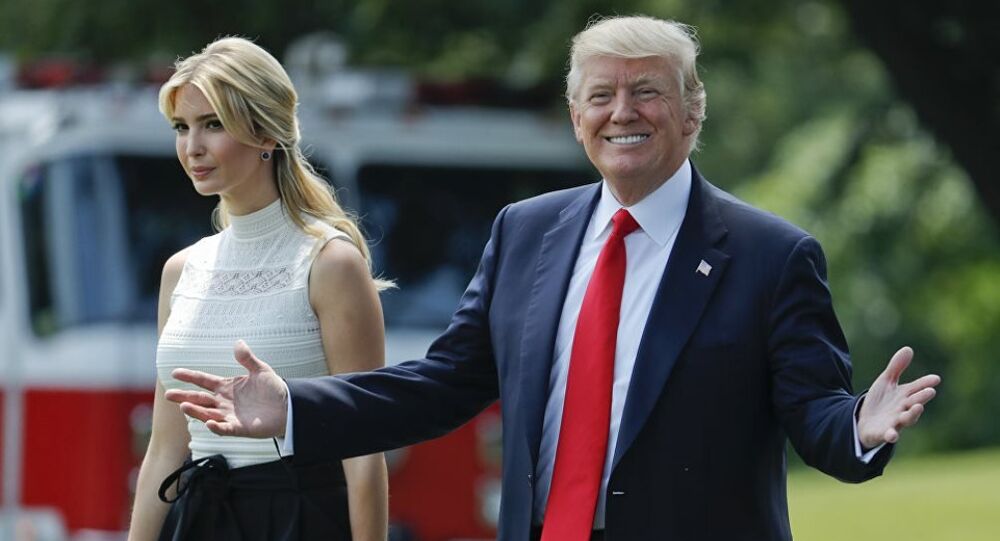 During a meeting on 11 January, Donald Trump and Mike Pence reportedly agreed that those who stormed the US Capitol five days earlier, broke the law and "do not represent the America first movement backed by 75 million Americans".

Ivanka Trump and her husband Jared Kushner brokered the now-ex president's first meeting with former Vice President Mike Pence after the 6 January attack on the US Capitol, The Washington Post reports.

On 6 January, hundreds of then-President Donald Trump supporters breached the Capitol in a bid to prevent Congress from certifying the 3 November election results.

The newspaper quoted unnamed sources as saying that on 11 January, Trump and Pence "met in person in the Oval Office for a lengthy meeting that was officially dubbed 'a good conversation' but privately described as stilted and uncomfortable".

"Trump's son-in-law, Jared Kushner, and his daughter, Ivanka Trump, at the time both senior White House advisers, acted as go-betweens, with Ivanka urging her father to make an overture to Pence", the insiders asserted.

They also argued that "Kushner later described the meeting as a difficult situation, jokingly likening it to his efforts at brokering peace in the Middle East".

The sources apparently referred to previous reports claiming that on 11 January, Trump and Pence "had a good conversation, discussing the week ahead and reflecting on the last four years of the administration's work and accomplishments".

Trump tweeted at the time that his second-in-command "didn't have the courage to do what should have been done to protect our country and our Constitution”.

© REUTERS / POOL
Pence Not Ruling Out Invoking 25th Amendment if Trump's Behaviour Becomes More Unstable - Report
Despite growing pressure from Trump at the time, Pence made it clear that he had no intention of intervening in the certification, explaining that only lawmakers could decide to either accept or reject the result of the Electoral College vote.

With the two at odds, reports subsequently revealed Trump had not reached out to Pence or the vice president's family as they were placed inside a secure bunker at the Capitol during the siege.

Additionally, it was reported that the pair did not speak in the days immediately following the riots, which claimed the lives of at least five people.