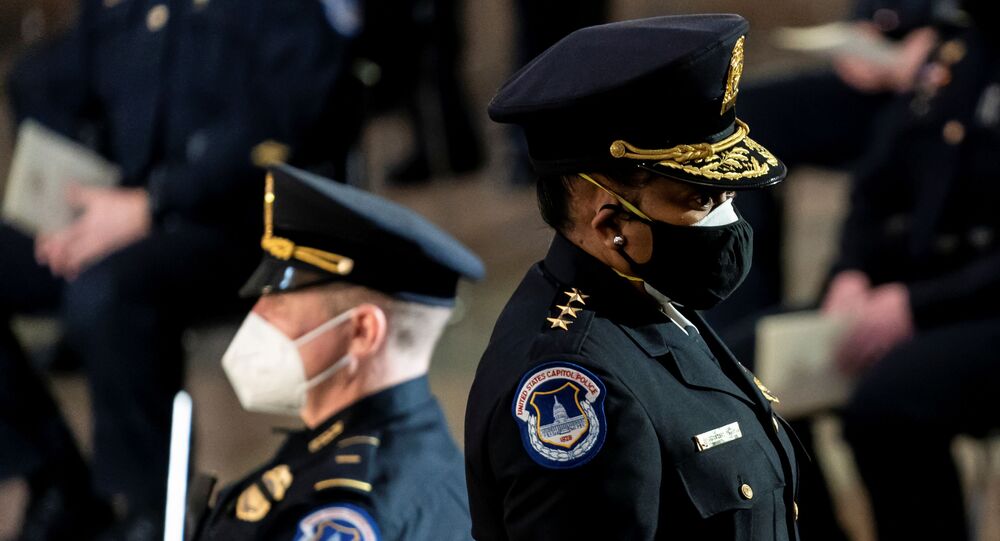 The US Capitol on 6 January saw a violent riot sparked by a pro-Trump mob that stormed the building, disrupting the joint congressional session certifying the results of the 2020 presidential election and leaving five people dead, including a Capitol police officer.

US Capitol police (USCP) officers issued a vote of no confidence for their top leaders following the deadly 6 January Capitol riot, CNN reported Friday, citing sources familiar with the tally.

Seven top USCP chiefs - acting Chief Yoganada Pittman, two assistant chiefs, three deputy chiefs and a captain in the division that staffs the Capitol building - appeared to not have the support of the officers, although the voting tally for each top official varies, according to CNN.

The vote has been ongoing for 24 hours, reportedly limited so that it would represent "rank-and-file officers" from three shifts.

CNN reported that officers expressed concerns that current leadership will not be able to cope with future incidents, referring to how they were made vulnerable in the 6 January attack due to "intelligence and operational failures".

Pittman, according to CNN, sent an email to the officers shortly after the voting took place.

"We all know how difficult the fight and sacrifice can be on ourselves and our loved ones," the email said, cited by CNN. "During these difficult times, it is important to remember that we are a family too. We are stronger together united versus divided."

The Capitol riot took place on 6 January, as crowds of Trump supporters stormed and ransacked the building, disrupting the certification of election results and causing an evacuation of the lawmakers. Five people died in the attack, including a Capitol police officer, Brian Sicknick.

The former president, Donald Trump, accused of inciting the insurrection, was impeached a week after the riot by House Democrats alongside ten fellow Republicans. He denied responsibility for the violent acts of the riot.