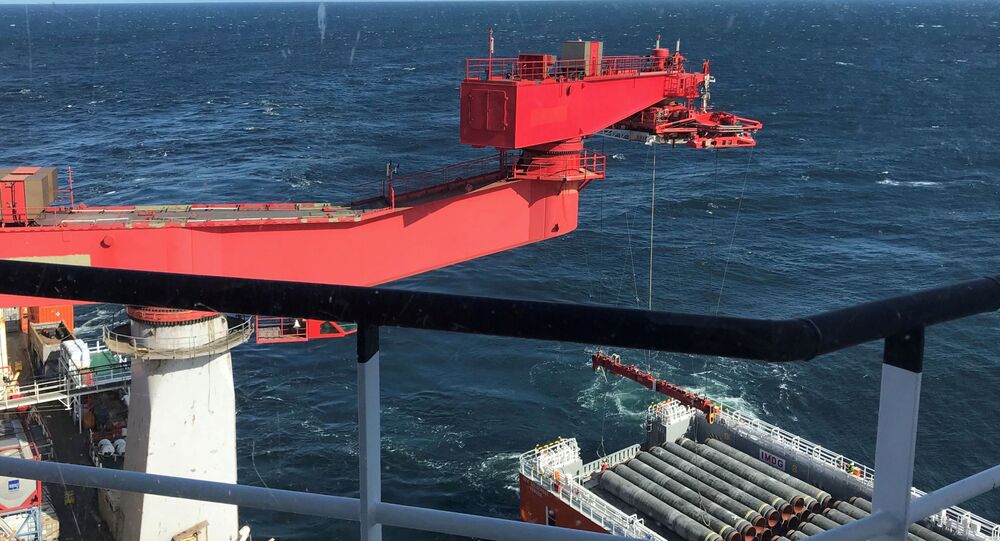 The push to enforce Nord Stream 2 sanctions comes weeks after the European Parliament voted 581-50-44 in favor of passing a resolution demanding that the construction of the $11 billion Baltic Sea pipeline, which is approximately 90% complete, be stopped immediately.

"Press reports that the German government has put forth an offer that would require the United States to disregard statutorily-mandated sanctions have us concerned," wrote Risch, a ranking member of the Senate Foreign Relations Committee, and Shaheen, the chair of the Subcommittee on Europe and Regional Security Cooperation.

The memo claims that the pipeline, which runs from Russia to Germany, will be a "potent new geopolitical tool for Russia, allowing it to deprive Ukraine, Slovakia, and other nations of transit fees."

Shaheen & Risch to Biden: "The U.S. relationship with Germany is a cornerstone of the transatlantic alliance. But allowing the completion of the Nord Stream II is not a constructive path forward ... This pipeline would create a potent new geopolitical tool for Russia." pic.twitter.com/VLNoMQhNUe

"It would tie Western Europe to Russian gas, and the political coercion that accompanies it, for the next 40 years," the memo alleged, labeling the natural gas pipeline as a "dangerous project."

A US State Department spokesperson told NBC News on Friday that the Biden administration "will monitor activity to complete or certify the pipeline and, if such activity takes place, make a determination on the applicability of sanctions."

The spokesperson emphasized that the US would continue to work with allies "to ensure Europe has a reliable, diversified energy supply network that does not undermine our collective security."

While Biden has claimed the pipeline to be a "bad deal for Europe," German Environment Minister Svenja Schulze insisted earlier this week that Germany will continue to rely on gas "until about 2040."

"We are all unanimous that we want to end the use of coal and nuclear energy, we will write off nuclear power plants," she said Wednesday. "This means that for the transition period we will need gas."

The US lawmakers' letter to Biden comes amid calls for the European Union to level new sanctions against Moscow and companies involved with the natural gas pipeline.

"The EU should understand that even if sanctions cost Russia a lot, they are impacting also European economies," Andrea Picchielli, a member of Italy's Lega party, told Sputnik Friday. "Europe-Russia trade has declined already in the last years, and in this moment of a big economic crisis due to the coronavirus pandemic, imposing new sanctions is really nonsense."

Russian Foreign Minister Sergey Lavrov warned that anti-Russian sanctions by the EU will not only have a negative impact on Russia, but also on European economies.