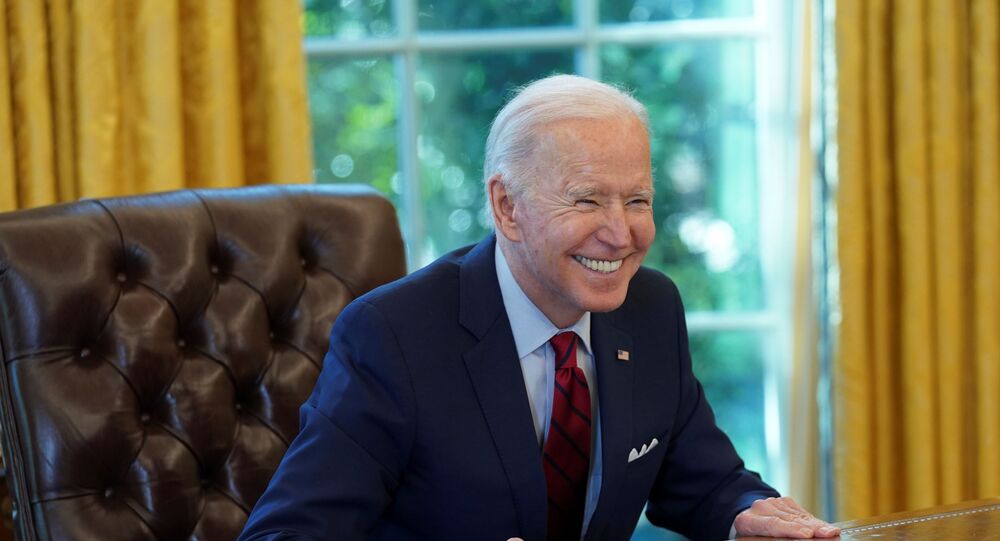 MOSCOW (Sputnik) - A resident of the US state of North Carolina, 27-year-old David Kyle Reeves, has been charged with threatening President Joe Biden, according to the US Attorney's Office for the Western District of North Carolina.

"A federal criminal complaint was unsealed in federal court today [on Thursday], charging David Kyle Reeves, 27, of, Gastonia, N.C. [North Carolina], with threatening the President of the United States ... Reeves was arrested on Friday, February 5, 2021, and had a court hearing this morning before U.S. Magistrate Judge David C. Keesler", the attorney's office said late on Thursday.

According to the prosecution, between 28 January and 1 February, Reeves repeatedly contacted the White House switchboard via telephone, making threats against the president and other officials.

© AP Photo / Susan Walsh
A view of the south side of the White House in Washington, Thursday, Dec. 5, 2019, decorated for Christmas. (AP Photo/Susan Walsh)

After a Secret Service agent called Reeves to discuss the threats on 1 February, the latter allegedly called back the agent multiple times throughout the day and repeated his threats against the US leader, the Secret Service agent, and others. Reeves also called the US Capitol police and communicated similar threats.

The charge of threatening the US president envisages a maximum penalty of five years in prison and a fine of $250,000. The US Secret Service is investigating the case.