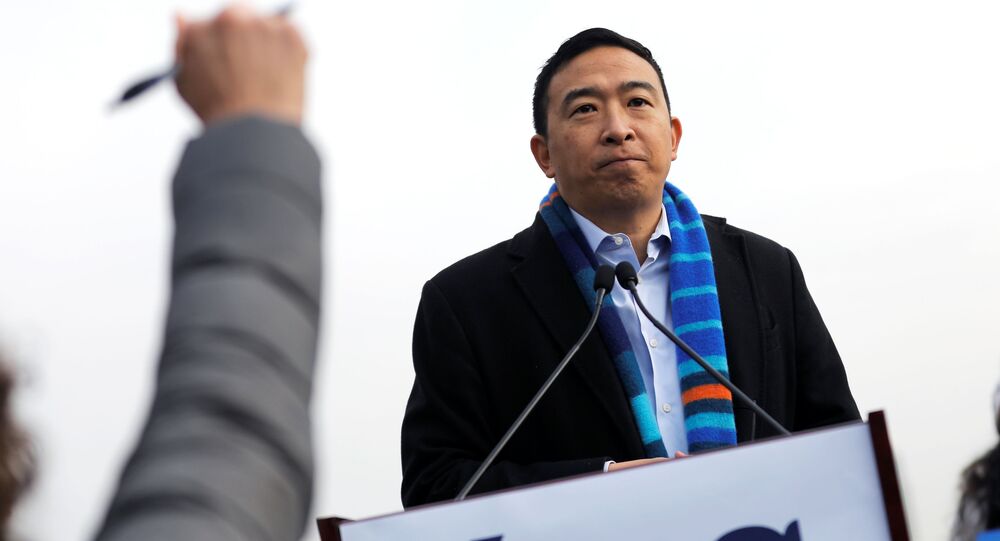 Andrew Yang, who is now seeking to become the New York City mayor, earlier took part in the Democratic primaries for the US presidency, but dropped out in February 2020 and endorsed Joe Biden one month later.

Andrew Yang on Thursday vowed to make New York City a centre for cryptocurrencies, and particularly bitcoin, in the event that he is elected mayor.

"As mayor of NYC - the world’s financial capital - I would invest in making the city a hub for BTC and other cryptocurrencies", Yang tweeted.

Yang, who participated in Democratic primaries for the US presidential election in 2020, announced in January 2021 that he would contend for the position of New York City mayor, challenging incumbent Bill de Blasio. During his presidential race, he was dubbed by many as "The Internet's Favourite Candidate", promoting a so-called human-centered economy and, as said by Reuters, a "technocratic approach".

As mayor of NYC - the world’s financial capital - I would invest in making the city a hub for BTC and other cryptocurrencies.

​Yang pledged to implement his human-centered economy in his campaign for NYC mayor, affirming support for small business and entrepreneurs, while also vowing to make The Big Apple "an affordable city".

“Our way of life has been devastated by the pandemic", Yang states on his campaign website, referring to the coronavirus-caused crisis. "Accelerating our city’s recovery is critical. New York City has to be the fastest city to come back safely.”

His move to cryptocurrency comes as bitcoin sets historic records, jumping to $48,481 as of 11 February, just after breaking previous records.

With the surge of the cryptocurrency, there is potential investment from Twitter, as well as the oldest bank in America, Bank of New York Mellon (BNY Mellon), saying that it will start to accept, hold and issue bitcoin for its clients.

Yang Is Out, Bernie Is on Top, Biden and Warren Struggle