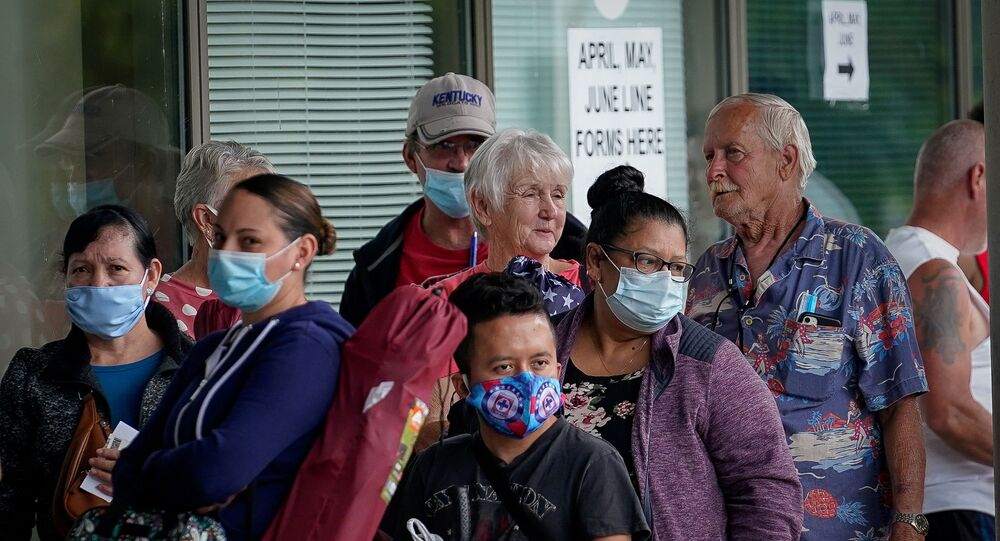 "In the week ending 6 February the advance figure for seasonally adjusted initial claims was 793,000,  a decrease of 19,000 from the previous week's revised level", the department said in a news release.

According to previous reports, the US lost more than 21 million jobs between March and April, at the height of business lockdowns forced by the coronavirus.

© AP Photo / Elaine Thompson
In this Thursday, June 4, 2020 file photo, a customer walks out of a U.S. Post Office branch and under a banner advertising a job opening, in Seattle. The job market took a big step toward healing in May 2020, though plenty of damage remains, as a record level of hiring followed record layoffs in March and April. The Labor Department reported Tuesday, July 7, 2020 that the number of available jobs rose sharply as well, but remained far below pre-pandemic levels.

The job market made a rebound, as 2.5 million jobs was logged in May and 4.8 million in June before the recovery began slowing. For both September and October, fewer than 700,000 jobs were added each month. In November, there were just 245,000 additions, while December saw a loss of 140,000 jobs — the first such decline since April.