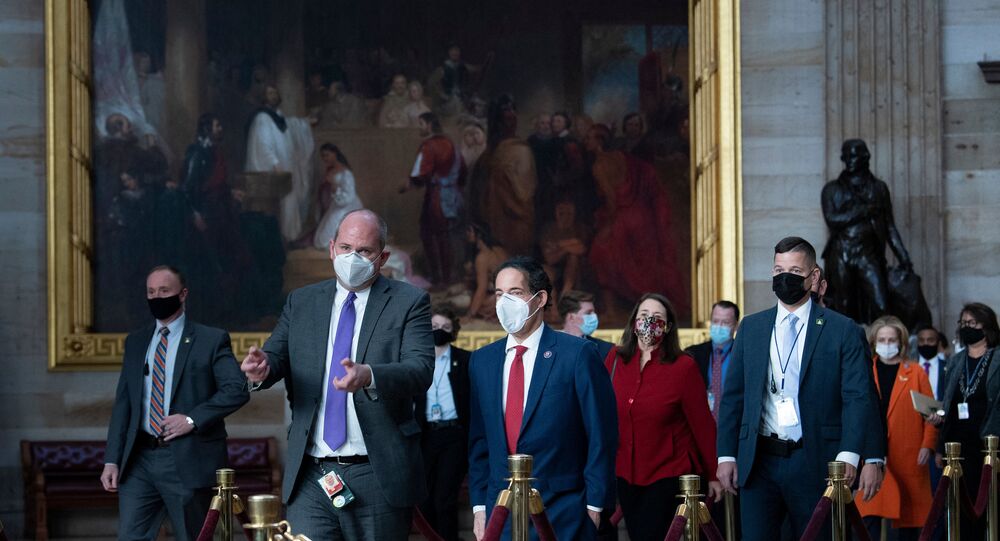 During the second day of the former US President’s trial, the prosecutors presented a series of “never-before-seen” footage and audio records. On Thursday, the Democrat impeachment managers will try to offer even more vindication for their pursuit of Trump.

Sputnik comes live from Washington DC, where the US Senate is about to proceed with the impeachment trial against Donald Trump.

Today’s hearing will be the second day of the impeachment managers delivering their case for the conviction of the former president on charges of "incitement of violence". There will be another eight-hour shift at the prosecutors’ hand to lay out their evidence against Trump.

The second day of the impeachment trial revealed new details about the events of 6 January. The House’s prosecution team presented a video of “never-before-seen” footage from the attack on the Capitol and audio recordings of the rioters chanting "hang [then-Vice President] Mike Pence" and "We're here to count the f***ing votes", as vindication for its case against the former president.

On the first day of the trial the US Senate voted 56-44 to confirm that the case is constitutional.