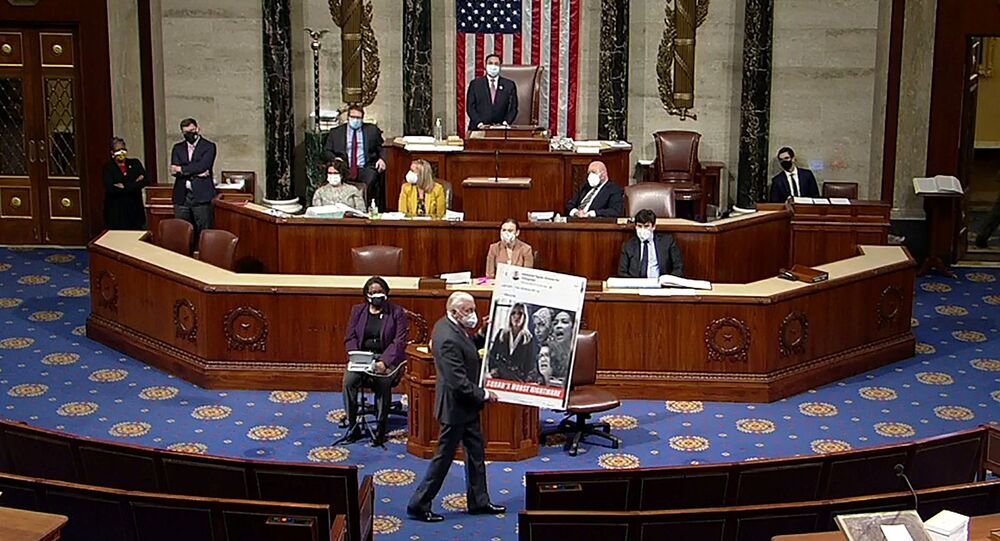 After former US President Donald Trump left the White House amid political tensions in America, speculations erupted that he would create his own political party over a lack of support by some Republicans.

A number of Republicans are considering forming a centre-right breakaway party to avoid the influence of former US President Donald Trump, Reuters reported on Thursday, citing four people involved in the discussions.

Among those discussing the possibility are former Republican officials and strategists from the Reagan, George H.W. Bush, George W. Bush, and even Trump administrations.

About 120 reportedly attended a Zoom conference call last Friday to discuss the breakaway group, which would be based upon "principled conservatism", including adherence to the Constitution and the rule of law. They believe that Trump has undermined US democracy by departing from these tenets.

The strategy involves running their own candidates in some races and also supporting like-minded candidates from other parties.

According to Evan McMullin, former chief policy director for the House Republican Conference and an independent 2016 presidential candidate, he was one of the organisers of the meeting, as former officials are concerned about Trump's grip on the GOP and "the nativist turn the party has taken".

The main topic of the call was the split in the GOP caused by Trump's baseless claims of "rigged elections", and the deadly 6 January Capitol attack. Some participants expressed concern that many Republicans in Congress - eight senators and 139 House representatives - voted to block the certification of President Joe Biden's victory after the pro-Trump riots at the Capitol that took the lives of five people.

"Large portions of the Republican Party are radicalising and threatening American democracy. The party needs to recommit to truth, reason, and founding ideals or there clearly needs to be something new", McMullin told Reuters.

Trump spokesman Jason Miller, commenting on the party possibly splitting, stressed that "These losers left the Republican Party when they voted for Joe Biden".

As Reuters reported, some of those on the call are also considering forming a "faction" that would operate either inside the current Republican Party or outside of it as many admit that third parties usually don't succeed.

"But there is a far greater hunger for a new political party out there than I have ever experienced in my lifetime", one participant said.

At the moment, some party names have been suggested, such as the Integrity Party and the Centre Right Party.

A number of Republican congressmen earlier expressed their frustration with the current GOP's perspectives amid the controversy over the 6 January Capitol siege and Trump's second impeachment. According to recent reports, the GOP has some lost 140,000 voters in 25 US states, while Democrats lost just 79,000 voters.