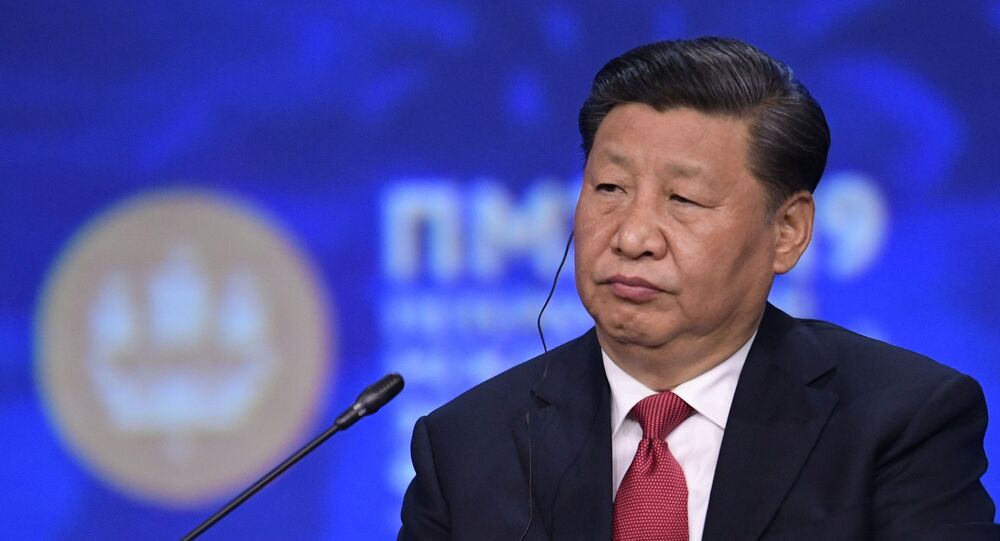 Joe Biden on Wednesday spoke to Chinese President Xi Jinping for the first time since taking office, raising the issue of the ongoing coronavirus pandemic, human rights, trade and Indo-Pacific security, according to the White House.

During the phone talk, Biden voiced Washington's "fundamental concerns" regarding Beijing's "coercive and unfair economic practices, crackdown in Hong Kong, human rights abuses in Xinjiang, and increasingly assertive actions in the region, including toward Taiwan".

Among the topics discussed by the two leaders were also the coronavirus pandemic, climate change, and preventing weapons proliferation. The US president pledged to protect the security and prosperity of the American people, while also vowing to preserve "a free and open" Indo-Pacific region.​

I spoke today with President Xi to offer good wishes to the Chinese people for Lunar New Year. I also shared concerns about Beijing’s economic practices, human rights abuses, and coercion of Taiwan. I told him I will work with China when it benefits the American people.

The conversation not only marked the first interaction between Biden and Xi, but was also the first time the heads of the two countries have been in direct contact since the Chinese president spoke to Donald Trump in March 2020.

© REUTERS / POOL
Biden Announces Creation of New Pentagon Task Force on China
On Wednesday, Reuters reported that before the phone conversation between Biden and Xi took place, a senior administration official said the Biden administration will look at implementing "new targeted restrictions" on some sensitive technology exports to China.

According to Reuters, Washington does not intend to lift the trade tariffs imposed by the Trump administration until an "intense consultation and review" with its allies is conducted.

Earlier in the day, Biden introduced a new Pentagon task force on China to oversee matters related to Beijing and offer recommendations and assessments to Defence Secretary Lloyd Austin.