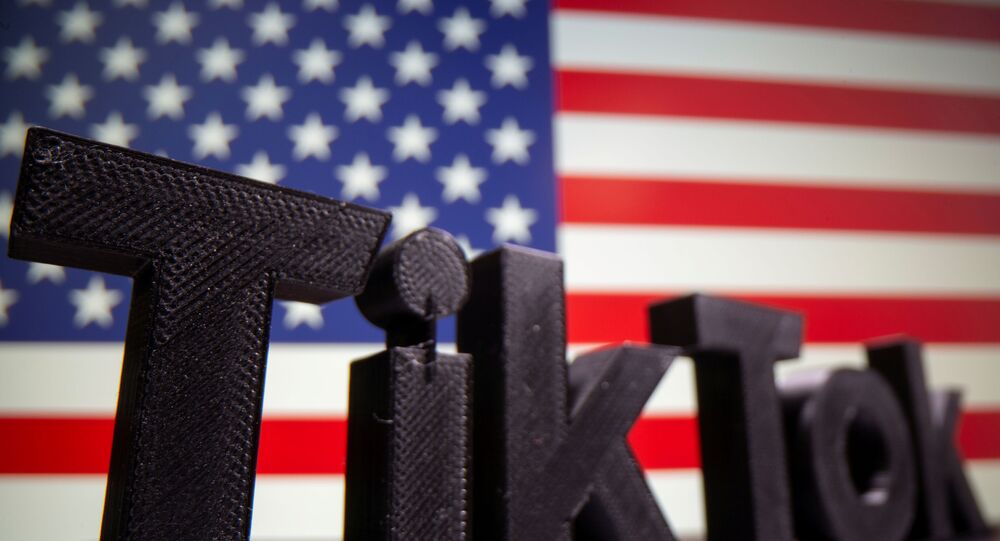 WASHINGTON (Sputnik) - A report regarding the Biden administration's approach to the sale of TikTok's US operations is not accurate, White House Press Secretary Jen Psaki said on Wednesday.

Earlier, The Wall Street Journal reported that US President Joe Biden had indefinitely shelved his predecessor Donald Trump’s plan to force TikTok to sell its US operations in consonance with court decisions that ruled in favor of the Chinese video sharing application.

"It's not accurate to suggest that there is a new proactive step by the Biden White House," Psaki said in reaction to the report.

Psaki said the Journal report "conflated" two processes - one going through the courts and the other through the Treasury, which decides on actions such as sanctions. The Biden administration, Psaki added, is conducting a review that has expanded beyond TikTok, but she had no timetable.

"There is a rigorous process that’s ongoing... I will note that we are comprehensively evaluating the risks to US data, including from TikTok, and will address them in an effective and decisive fashion," she said.

Trump had championed the prospective sale of TikTok’s American operations to a US group that included Oracle Corp and Walmart. Successful legal challenges by TikTok’s owner, China’s ByteDance Ltd, stalled his effort.

The battle against TikTok was one of Trump’s signature nationalist moves against what he called China’s spying on America and Beijing’s theft of US intellectual property. His administration alleged that through their TikTok accounts, the private data of Americans was exposed for ByteDance to share without permission with the ruling Chinese Communist Party and subject to further abuse.

US executives at TikTok denied the Trump administration charge.

TikTok stall the sale of its US entity through successful court challenges in the United States just before the November 2020 election, ensuring Trump’s plans went no further.

TikTok Sale to Walmart, Oracle on Hold in US as Biden Administration Reviews Purchase