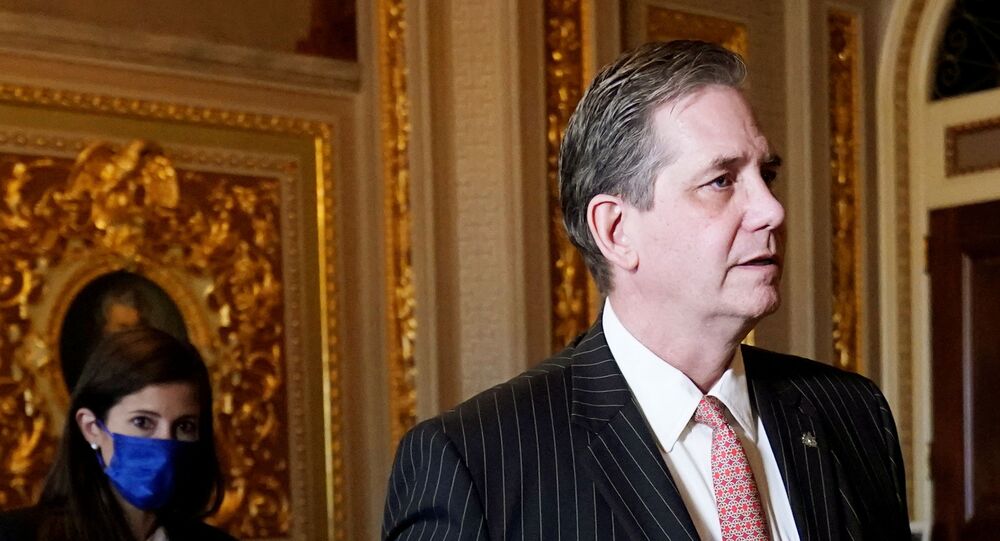 On the opening day of Donald Trump's second impeachment trial in the Senate, one of his lawyers, Bruce Castor, delivered opening remarks that prompted a Twitter-wide roast of his presentation. Reports that followed suggested that Trump was furious over the performance.

Trump impeachment lawyer Bruce Castor on Wednesday discussed with Fox News his performance on Tuesday and explained some of his arguments, particularly the one regarding the way how American people "spoke and changed administrations".

While some saw this argument as Castor admitting that Trump had lost the election, the lawyer said that in fact he meant that the American people know how to act to change an administration that they do not favor and therefore they have to be given a chance to elect Trump in 2024. According to Castor, the impeachment process is an attempt to scrap that choice from the American public.

"The point that I am making is that if we accept as true the position of the Democrats that the election was fair, and that the people chose President Biden over now former President Trump—if we take that as fact—then they now must concede that the American public does know how to change administration if they want to", Castor told Fox News. "Taking from President Trump the ability to hold office in the future demonstrates to me that the Democrats are afraid that the people of the United States can’t be trusted with the power to change administrations, and should not be given the choice of returning to President Trump if that is what they want."

His point, Castor insisted, was that Democrat arguments must be disputed if they believe that the 2020 election was conducted fairly.

"Because in four years, or in 2024, those same voters, in a free and fair election, should be counted on to be able to go again, make the correct decision on who the president should be," Castor stated. "But the Democrats don’t want that."

The attorney claimed that the impeachment trial is an attempt by Democrats to remove a political rival. According to Castor, if House impeachment managers succeed in advancing their position, it will undermine the US Constitution.

"I believe that if the position taken by the House Majority and advanced by the House Managers is adopted, it is a direct repudiation of the United States Constitution and will go down in history as the first step on the road to the fall of the republic", he said.

Castor's Tuesday speech appeared to have stolen the show of the first day of the impeachment trial, rolling out arguments that were panned in social media. In particular, he appeared to praise House impeachment managers for their "well done" job, admit that the American people can "pick a new administration if they don’t like the old one, and they just did" and even dare the US Justice Department to arrest Trump.

Shortly after his performance, reports emerged saying that Trump was "basically screaming" at Castor for the latter's defense arguments.

The lawyer on Wednesday claimed that he was not criticized by Trump regarding the speech, and outlined that the goal of his remarks was to "dial back the emotion" after passionate opening statements were offered by the House impeachment managers.

Castor also suggested that media coverage paid more attention to "what I had to say, and consequently spent less time on arguments advanced by [Jamie] Raskin and his team", and saying that it was the goal of his speech.

The Tuesday process ended with the Senate deciding that the impeachment trial against Trump, who is no longer a US president, is constitutional. As the trial continues, the two sides will move on to present their arguments regarding the charges Trump was impeached on, which is "incitement of insurrection" during the deadly 6 January Capitol riot.

On that day, a violent pro-Trump mob stormed the Capitol building in an attempt to disrupt the joint congressional session on election results certification, leaving 5 people dead, including a Capitol police officer. Trump, who held his 'Stop the Steal' rally prior to the Capitol siege, denied responsibility for the violence.