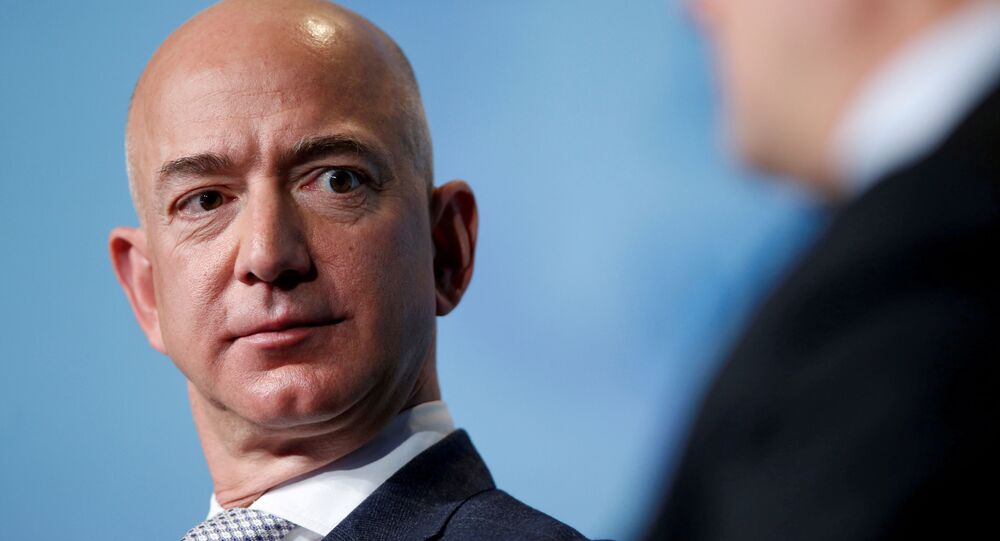 The state of Washington recently proposed a wealth tax that would oblige those with over $1 billion to pay 1 percent. According to those behind the bill, the wealth tax would combat inequality in the state's tax laws.

Jeff Bezos, the founder of Amazon and the man reported to be the second richest person on Earth, would owe $2 billion in state taxes if Washington implements a wealth tax proposed earlier, according to a Tuesday report by CNBC, citing an assessment made by the Tax Foundation think tank.

According to what the Tax Foundation's Jared Walczak told the outlet, Bezos would be accompanied by three other billionaires who call Washington state their home: Bill Gates, MacKenzie Scott and Steve Ballmer. Gates would have to pay $1.3 billion, Scott, a mere $600 million, and Ballmer some $870 million.

Walczak said that the four would constitute 97% of the proposed wealth tax. However, there is an easy way for them to avoid it.

Having no day-to-day corporate roles in the state, the billionaires could switch their permanent residence to another place and still spend up to 182 days in the state of Washington. This move, according to Walczak, could harm the economy instead of what was initially planned as a move to combat tax inequality.

“This would not only foil the wealth tax but would deprive the state of other revenue as well,” Walczak said. “These wealthy residents still pay a disproportionate share of state and local taxes and contribute substantially to the local economy. Chasing them out would have serious consequences beyond the failure of a new tax.”

The initial goal of the wealth tax bill, according to State Representative Noel Frame, who introduced it, is to balance the "entirely inequitable" tax code, where, according to Frame, the lowest earners pay 18% of their income in state taxes, while the top 1% pay only 6%.

Frame dismissed the idea of billionaires avoiding taxes by switching their residence.

“The idea that they will just pick up and leave is a cynical view and it’s not supported by evidence,” Frame said, referring to studies showing that increase in taxes did not cause escalation in migration of the wealthy.

Bezos announced last week that he would step down as the CEO of the Amazon retail company - the firm that largely provided him his wealth - and transition into the role of executive chairman.

Said to be the second-richest person in the world, Bezos is second only to Tesla and SpaceX CEO, Elon Musk.