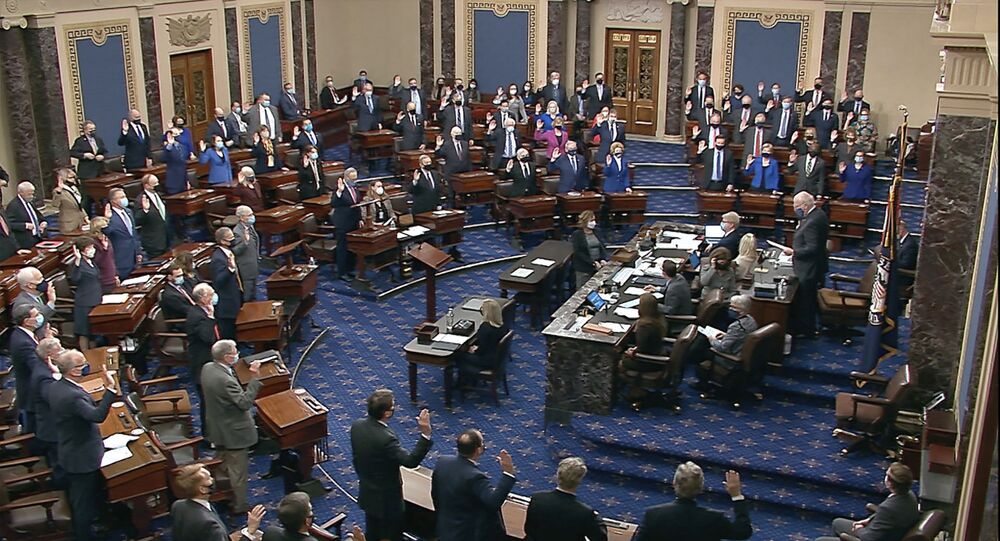 Trump faces a second impeachment trial over his alleged role in orchestrating the 6 January deadly Capitol riot. Back in 2020, he was acquitted following charges of abusing power and obstructing Congress.

Sputnik is live form Washington, DC where the US Senate is due to begin the second impeachment trial against former US president Donald Trump f– he's been accused of inciting violence on 6 January, when the deadly riot in the Capitol building left five people dead.

Earlier this month, Trump’s lawyers rejected House Democrats’ request for the 45th US President to testify under oath in a Senate impeachment trial, calling the trial an “unconstitutional.”

As for the trial, a two-thirds majority Senate vote is required to convict Trump. Under the evenly split Senate, the majority can only be reached if 17 Republican senators vote for the impeachment.

On January 13, the article of impeachment against Trump was passed by the House of Representatives with support of all 222 House democrats and 10 Republicans, which made it the most bipartisan impeachment of a president in US history.