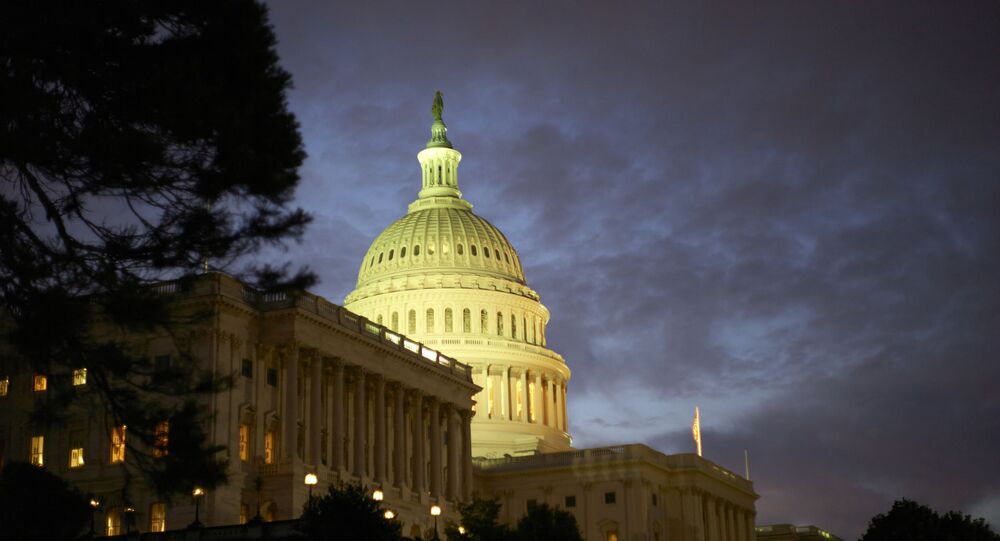 On 9 February, the second impeachment trial against former US President Donald Trump will kick off in the Senate over accusations that he incited "insurrection" when a mob of protesters stormed the Capitol building on 6 January.

Trump was not present to hear the accusations made against him the first time, when he was accused of abusing power and obstructing Congress over the Ukraine scandal – he's not expected to stand on the Senate floor this time either as he's already refused to testify.

But even in his absence, the trial is still expected to get heated, as observers point out.

Here are some key things to watch out for over the next few days:

Tuesday will start with a four-hour debate and a vote to determine if the trial is constitutional. A majority is needed to proceed.

Last month, the Senate already voted to approve the trial, with five Republicans joining the Democrats (55-45) to deem the proceedings constitutional but the Tuesday vote is still formally needed.

It's expected that the majority of senators will again support the impeachment case.

In the next four days starting Wednesday, both Trump’s defenders and accusers will have no more than eight hours each day (and 16 hours for each team overall) to present their arguments. The House managers are expected to go first with their accusations.

There's a chance that there will be a break in hearings from Friday evening to Sunday afternoon for the participants to observe the Jewish Sabbath, as requested by Trump’s lawyer David Schoen. But according to recent reports, his plea has now been withdrawn over concerns of unnecessary delays.

After this, senators will then be given the chance to question the two legal teams.

If nothing extraordinary happens, the trial is expected to wrap up with up to four hours of closing statements. Senators will then have to decide which case is more convincing before voting on the “incitement of insurrection."

Unlikely. For Trump to be convicted it would require two-thirds of the senators (around 67) to find the ex-president guilty of inciting the Capitol riot. With the Senate currently split down the middle between the two parties, this would mean that 17 Republicans would have to defect – not impossible but not likely.

The Washington Post predicted in January that at least 37 Republican senators would firmly back Trump, which is likely to result in his acquittal.

According to Republican Senator Rand Paul of Kentucky, there's “zero chance” that Donald Trump will be convicted during the trial, which he described as a “farce."

But if as many as 17 Republicans still choose to support the impeachment, another vote will then take place to decide if the ex POTUS will be barred from running for the White House again. This measure will require only 50 votes – a simple majority.

Any Witnesses to Expect?

According to Democratic Congressman Adam Schiff, who led the prosecution against Trump during the previous impeachment, "There will already be over 100 witnesses present" during the trial, in reference to the Senate members who were in the Capitol building during 6 January events.

© AP Photo / Andrew Harnik
Members of the National Guard walk past the dome of the Capitol Building on Capitol Hill in Washington, Thursday, Jan. 14, 2021

But even without such a poetic appeal, it's unlikely that many witnesses will take the stand. The formal procedure to subpoena any witnesses will follow the Q&A session and a vote will be required to call people in. But who these witnesses might be and whether Republicans would actually support the Democratic party in inviting new faces to the trial remains up in the air.

Some experts also say that subpoenaing witnesses would take a lot of the US Congress' time – and time is of the essence at it also needs to push through the COVID relief bill. It's unclear if senators will risk losing these precious days.

Analysts predict that Trump’s second impeachment trial will turn into a real drama, featuring many passionate statements from prosecutors, who are likely to resort to videos, Trump’s tweets, and his speech on 6 January to claim that the ex-president’s “incendiary” rhetoric and statements like “if you don't fight like hell you're not going to have a county anymore” led to five deaths.

The defence is expected to respond by playing its own clips showing Democratic politicians 'committing' similar offences to what Trump is accused of. They will also argue that the Constitution makes Trump “impervious” to the charges as he is now a normal citizen.

But as president, Trump also had the right to freedom of speech and freedom of peaceful assembly – something he exercised during his 6 January speech, his legal team is expected to say.

The defence maintains that what protesters did afterwards was their own decision and not encouraged by Trump, who called upon them to remain peaceful on Twitter.

According to Senator Paul: "If we're going to criminalise speech, and somehow impeach everybody who says, 'Go fight to hear your voices heard,' I mean really we ought to impeach Chuck Schumer then."

Where to Watch the Show?

The trial will begin on 9 February at 1 p.m. EST (18:00 GMT) and will be fully broadcasted by some major American TV channels and international sites.

It can be viewed on CBSN’s player, stations, or streaming services – the broadcast will also be accompanied by concluding analysis from the channel’s Elaine Quijano for each day.

C-Span, CNN, and ABC News will air the proceedings for free. The trial stream is also set to appear on YouTube.

The broadcast will also be available on Sputnik's website.