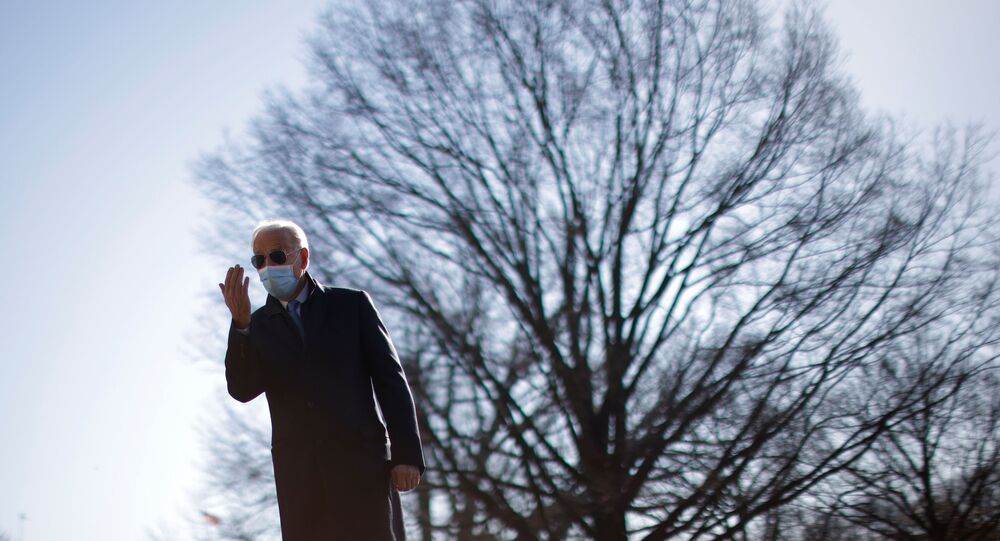 WASHINGTON (Sputnik) - President Joe Biden's plan to virtually double the US minimum wage, to $15 per hour by June 2025, could see unemployment rise by an estimated 1.4 million and the budget deficit increase by $54 billion in the decade between 2021 and 2031, the bipartisan Congressional Budget Office (CBO) said on Monday.

“Employment would be reduced by 1.4 million workers, or 0.9 percent, according to CBO’s average estimate,” the agency said in a report that reported that the number taken out of poverty would be around 900,000. “The cumulative budget deficit over the 2021–2031 period would increase by $54 billion.”

The US budget deficit stands at around $573 billion, after having risen 61 percent in the first three months of fiscal 2021, the Treasury Department said in its monthly balance sheet reported on January 12. Unchanged since 2009, the minimum wage in the US stands at $7.25 per hour.

Republican lawmakers have pushed back against Biden’s Democratic attempts to include the minimum wage boost as part of the $1.9 trillion coronavirus relief bill the party seeks to pass in Congress.

Business owners and captains of industry have also argued that a hike in the minimum wage could dampen the economy and ultimately defeat efforts to reach full employment when the country recovers from the impact of COVID-19.

While those arguments appeared to be strengthened by the CBO report, the agency also said there were other economic models that presented “conflicting conclusions” to its thesis.

“Some researchers have suggested that during and after periods of high unemployment, a larger-than-average share of firms open or go out of business, and employment might be more responsive to a higher minimum wage under such conditions,” the CBO said. “But it is also possible that many of the workers who in normal times would be projected to lose their jobs because of a higher minimum wage, such as restaurant workers, have already lost their jobs because of the pandemic. In that case, the bill’s effect on employment could be weaker.”

© REUTERS / KEVIN LAMARQUE
Biden Elaborates on Economic Plan, Minimum Wage Increase, Tax Policy, COVID-19 Response
The United States lost more than 21 million jobs between March and April 2020, at the height of lockdowns forced by the pandemic. A rebound of 2.5 million jobs was logged in May 2020 and 4.8 million in June of the same year, before the recovery began to slow. For both September and October 2020, less than 700,000 jobs were added each month. In November 2020, there were just 245,000 additions while December 2020 saw a loss of 140,000 jobs - the first such decline since April - before a growth of 49,000 in January.

As for the economy, the Commerce Department estimated that gross domestic product shrank 3.5 percent in 2020, after a 2.2 percent growth in 2019.