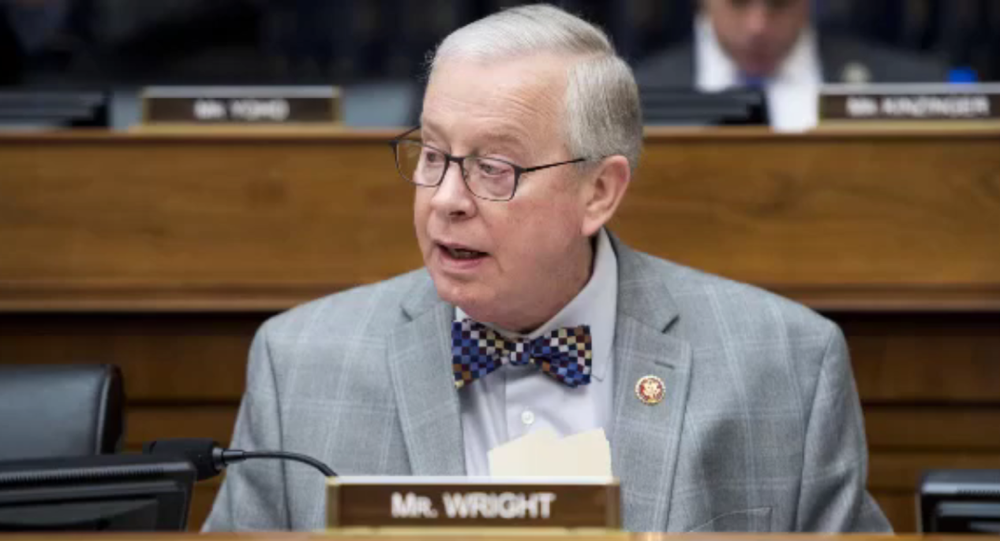 Several US lawmakers, especially from the Republican Party, have been criticised by their colleagues for refusing to wear protective face masks in the US Capitol building to stem the spread of COVID-19.

On Monday, the office of US Rep. Ron Wright (R-TX) announced the congressman had passed away due to COVID-19 complications, which he contracted last month. Wright is the first sitting member of Congress to die from the virus.

The 67-year-old lawmaker tested positive for COVID-19 on January 21, after which he was admitted to Baylor Hospital in Dallas, Texas. He had previously been diagnosed with lung cancer in 2019.

According to a count by GovTrack, 71 members of the US House of Representatives and Senate have tested positive for COVID-19, although Wright is the first to die while in office from the respiratory illness. In December, a congressman-elect from Louisiana, 41-year-old Republican Luke Letlow, died of COVID-19 just days before he was due to be sworn into office.

House Minority Leader Rep. Kevin McCarthy (R-CA), who leads the Republicans in the House, said Wright was “a fighter who passionately served his constituents” and that he “emulated the very best of America, and we were fortunate to have had the opportunity to call him a colleague and a friend.”

He was elected to Congress in 2018 to represent Texas’ sixth district, which spreads across the central part of the state and includes the city of Arlington, where he served in local government for many years.

Wright was an outspoken opponent of abortion, saying in 2019 that women who self-abort their pregnancies should be punished as “they committed murder.” His last act in Congress was to vote for two anti-abortion bills, including one that would make it illegal for a parent to transport their child across state lines in order to receive an abortion, punishable by up to a year in prison. This has become increasingly common, especially in Wright’s home state of Texas, due to restrictive laws on abortions and clinics that provide abortion services.

The politician was also known for being one of the 126 Republicans who signed an amicus brief in December 2020 backing Texas’ lawsuit against Pennsylvania filed in the US Supreme Court that sought to challenge the Keystone State’s election results, which showed Joe Biden as the winner over then-US President Donald Trump. The court rejected the plea and Biden was subsequently sworn in as president on January 20 2021.

In the US, more than 463,000 people have died of COVID-19, with 107,000 new cases and 2,800 deaths reported on Saturday, the last date for which the US Centres for Disease Control and Prevention has data.