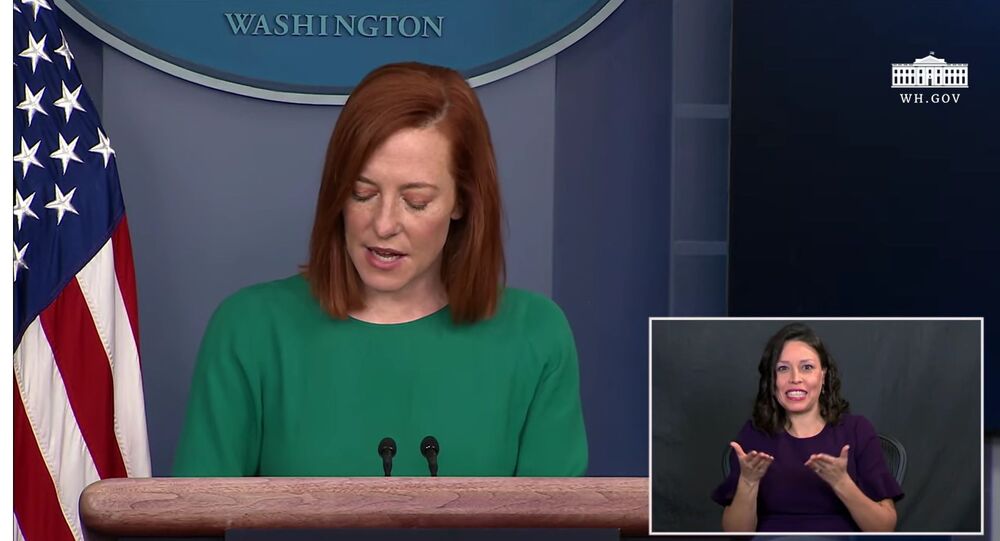 Heather Mewshaw was repeatedly hired by Trump's administration last year to provide sign language translations during briefings. In January, she was also hired by the new admin for Jen Psaki’s press conference.

White House sign language interpreter Heather Mewshaw told the New York Post that she was “canceled and humiliated publicly” after The Times reported on her links to the Hands of Liberty Facebook group that provides translations for videos featuring conservative speakers and Trump supporters.

According to 41-year-old Mewshaw, the backlash she experienced following the 27 January article was “unjust and unfair" – the American Sign Language translator has not received engagements to the White House since.

Mewshaw was upset by the situation that saw her being “harassed” and “intimidated."

“The goal of my activity — at the White House or with Hands of Liberty — is that it’s all about access,” Mewshaw explained.

The Times report followed Mewshaw's sign language translation of Jen Psaki’s press briefing on 25 January, the first one of the new Biden administration to include the ASL interpreter.

As an independent contractor, Mewshaw previously took part in five briefings of the Trump administration last year, but it was the first time her ties to the Hand of Liberty group were so widely reported on.

The Times pointed out that the she was apparently managing the group that provides sign translation to videos discussing such topics as the use of hydroxychloroquine for COVID treatment and one featuring a Rudy Giuliani speech under title “WHAT REALLY HAPPENED on January 6th?”

Despite being an open Trump supporter, Mewshaw maintains that she doesn’t necessarily agree everything she is asked to translate. But she still wants to make different information available to people with disabilities.

“Deaf people just want a chance to decide for themselves what information is out there,” the interpreter told the Post.