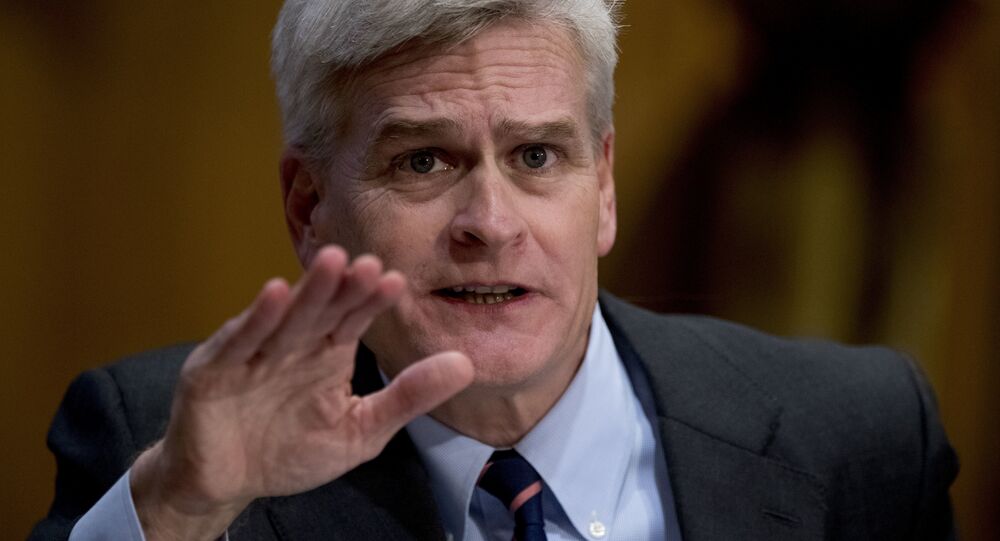 The senator is one of the latest lawmakers on the Republican side to speak out against the impeachment proceedings, with GOP Senator Rand Paul saying lately that "it is really over before it starts."

According to the senator, the House Democrats had done an "incredibly poor job" at building a case for impeachment last month.

“In five hours, they kind of judged, and boom, he's impeached,” Cassidy said while also slamming the fact that the president wasn’t present at the proceedings and saying that the Democrats failed to amass evidence.

"Now, I'm told that under the Watergate, under the Clinton impeachments, there were truckloads of information. Here, there was a video. There was no process. I mean, it's almost like, you know, if it happened in the Soviet Union, you would've called it a show trial," Cassidy said. He also said that there was no “defensible process” behind the vote.

Democratic representative from California Adam Schiff, the lead lawyer during the 2020 Senate impeachment trial, responded to the remarks later that day, saying that the House's speed was a result of "a real sense of urgency because the president had just incited a mob that attacked the Capitol and killed, resulted in the deaths of five people."

The House moved to impeach Trump 232-197, with at least 10 Republicans breaking ranks with the president and their party to vote to censure him on “incitement of insurrection” charges. As of late, however, republicans are beginning to show stronger opposition to the impeachment process, with some stating that the Senate lacks the constitutional authority to hold an impeachment trial for Trump since he's not the sitting president anymore.

© REUTERS / MIKE SEGAR
Dems Are Pushing New Domestic Terrorism Law Amid Trump Impeachment Fuss
In his last months in office, Donald Trump repeatedly claimed that the 2020 election was “stolen” from him. On 6 January, following his speech at the "Stop the Steal" rally, rioters stormed the Capitol building, trying to prevent Congress from certifying Joe Biden's victory. Five people died and more than 170 cases have been opened by police in connection with the riots.

As a result of this, the US House impeached Trump for "inciting insurrection," although he denies the charges, saying that his remarks were "totally appropriate."