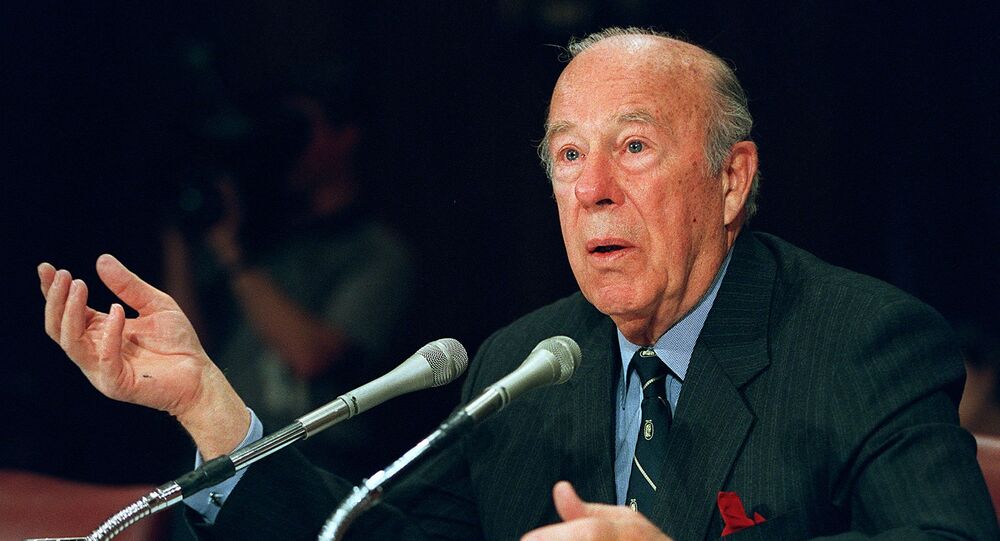 As Secretary of State, Shultz played a key part in implementing a foreign policy that led to the successful conclusion of the Cold War, according to the Hoover Institution.

George Pratt Shultz, secretary of state under President Ronald Reagan, has died at the age of 100, the Hoover Institution said.

Born in New York on 13 December 1920, Shultz grew up in New Jersey and graduated from Princeton University in 1942 with a bachelor’s degree in economics. After that, he served in the US Marine Corps in 1945. Later, he resumed his studies and was accepted into the Massachusetts Institute of Technology, where he earned a PhD in Industrial Economics in 1949. He then started his career as a senior staff economist on President Eisenhower’s Council of Economic Advisers.

© REUTERS / CHRISTOPHER ALUKA BERRY
Trump Will Be in 'Terrific Position' 'to Run in 2024 if Concedes 'Correctly', Nixon’s Grandson Says

In 1969, President Nixon appointed him secretary of labour. In 1972, Shultz was named secretary of the treasury and he held the post for two years. During this period, he also served as chairman of the Council on Economic Policy and negotiated several trade protocols with the Soviet Unio

He served as the secretary of state in 1982-1989 and, according to the obituary released on Shultz's death by the Hoover Institution, made a significant contribution to the implementation of a foreign policy that resulted in the successful conclusion of the Cold War, while also strengthening relations between the US and Asia-Pacific region.