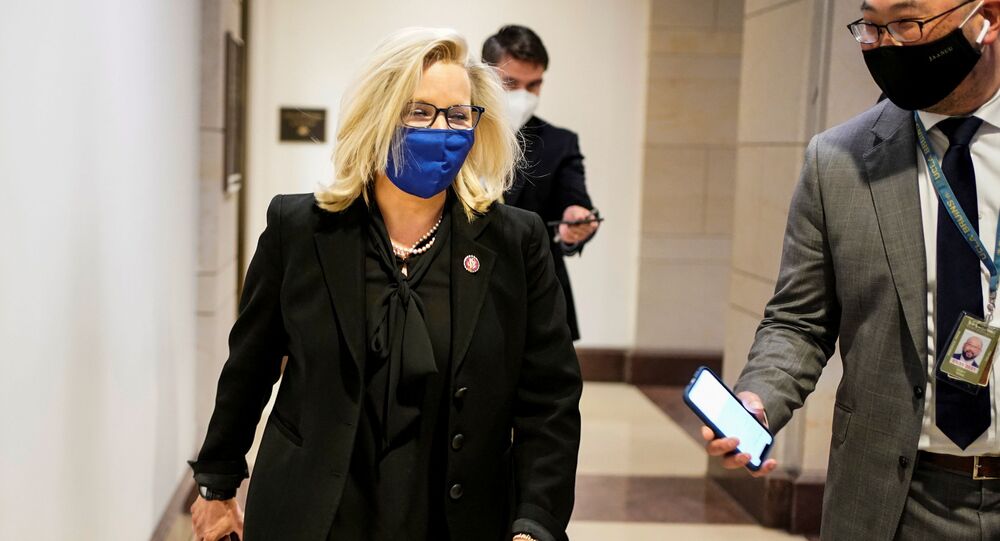 Cheney was among ten other House Republicans who voted in favor of impeaching Trump on charges of "incitement of insurrection", triggering calls from some members of the House Freedom Caucus to resign.

The Wyoming Republican Party voted Saturday to censure Rep Liz Cheney in light of her backing the impeachment of former US President Donald Trump.

According to media reports, only 8 out of 74 members of the GOP central committee voted against the move. The censure document criticized Cheney, the daughter of former Vice President Dick Cheney, for voting in favour of impeachment when the former president was not given an opportunity for a “formal hearing or due process.”

The document reportedly calls on Cheney to resign and for a replacement to be found.

The @WyomingGOP voted to censure @RepLizCheney today due to her impeachment vote, 56 to 8.

Per a copy of the resolution obtained by CBS News, they call on Cheney to resign, have the state party pick a replacement and return any WYGOP donations made to her 2020 campaign. More: pic.twitter.com/AVGK9UxRAZ

Liz Cheney is a NO SHOW in the Wyoming hearing today. pic.twitter.com/cA4Pe91b1Q

Cheney issued a statement in response to her censure, saying that her move “was compelled by the oath I swore to the Constitution” and that "this oath does not bend or yield to politics or partisanship.”

She also added: “We have great challenges ahead of us as we move forward and combat the disastrous policies of the Biden Administration.”

Rep. Liz Cheney statement on Wyoming GOP censure: “My vote to impeach was compelled by the oath I swore to the Constitution. Wyoming citizens know that this oath does not bend or yield to politics or partisanship.”

​The US House of Representatives Articles of Impeachment charge Trump with "inciting insurrection" during a January 6 rally, where he urged supporters to protest lawmakers accepting electoral slates from battleground states that Trump claims were invalid and cost him an election victory. Opening arguments in the Trump impeachment trial are set to begin on Monday, featuring nine US House Democrats named as impeachment managers.